Will EHR Switching Continue In 2014? 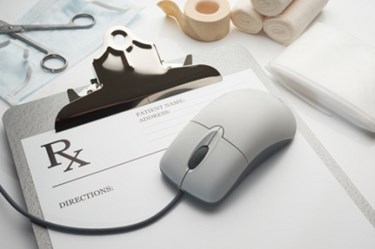 Health IT Outcomes notes that in 2013 - according to Black Book Rankings - 17 percent of the nearly 17,000 active EHR users “could switch out their first choice EHR by year's end. Remarkably, the majority of frustrated system users blame themselves for not properly assessing practice needs before selecting their first EHR vendor with the narrow goal of receiving government incentives." Black Book Rankings went so far as to call 2013 “the Year of the Great EHR Vendor Switch.”

There were other reasons for switching EHRs, however, with time management topping the list. According to studies, physicians are spending only 28 percent of their time seeing patients, compared to the 44 percent of their time working on EHRs. In addition, 60 percent of doctors are dissatisfied with the way EHRs have affected daily workflow, and physicians are spending 16 more minutes inputting data to an EHR system than they spent on documentation before electronic records were implemented.

One of the many healthcare predictions for 2014 is an increase in EHR usage and, according to EHR Intelligence, the continuation of vendor switching. “We’re seeing and we’re going to continue to see a lot of system replacement activity and it’s due to a variety of reasons,” said John Whitham, Principal of Healthcare IT at ECG Management Consultants.

“Obviously, you hear about all the challenges that many vendors are facing and this is going to lead into 2014,” explains Whitham. “There’s a whole spectrum of challenges they are facing from upgrades to poor client service to being able to be Stage 2 Meaningful Use and ICD-10 compliant, and with the consolidation trend there has been a significant wave of replacements when organizations change hands or physician groups get acquired and the dominant organizations prompts the system replacement.

“While there are many reasons for making system changes,” Whitham continues, “organizations typically aren’t doing a great job of optimizing the use of the technology that they already have and they are making system replacement decisions when it’s not for some kind of strategic reason without looking first at how they can really optimize the use of it. We’re seeing many clients who are thinking the switch to an integrated system is an essence the magic answer and that can only be the first step because as with Cerner and Epic, you need a sophisticated IT organization to be able to own it over the long term.”

While one of six providers chose to switch EHRs this year, Bloomberg Businessweek reiterates the value they offer, writing, “A September study by one of Kaiser Permanente’s research arms shows that when doctors switched from paper to digital records, their diabetic patients made 5.5 percent fewer trips to the emergency room and were hospitalized 5.3 percent fewer times. These modest gains added up to savings of $158,478 for every 1,000 patients. ‘There’s something about being in an integrated system that allows everything to work better,’ says Marc Jaffe, a Kaiser Permanente endocrinologist who is a co-author of the study.”

Businessweek further notes 2014 “will be ‘a make-or-break year’ for electronic health records” according to Dr. Farzad Mostashari, who stepped down in October as national coordinator for health IT. “In the past three years, we’ve been busy putting the systems in place,” says Mostashari. “By 2014 these platforms are expected to be able to interoperate, which means ‘talk to each other and to patients.’”