What Trump's Victory Means For Healthcare 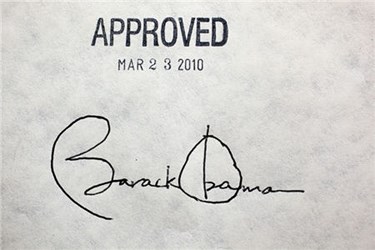 A Republican president and Republican-controlled Congress could spell trouble for Obamacare.

Blowing up predictions and confusing the pundits, Donald Trump won the 2016 Presidential election by gaining control of most of the battleground states, getting the nod in the wee hours of the morning after a long, contentious presidential campaign. Trump accepted the nomination, giving a nod to his opponent Hillary Clinton, saying, “We owe her a major debt of gratitude for her service to our country.” He also called for the country to unite and heal the “wounds of division.”

But the election results could have significant implications for the future of Obamacare and the healthcare industry in general. With a Republican President and a Republican-controlled Congress, the future of the Affordable Care Act now legitimately comes into question. Hillary Clinton had pledged to defend and even expand the ACA to make Obamacare available to more people by adding a public healthcare policy option, expanding Medicaid, making enrollment in Medicare and Obamacare easier, and giving those over 55 the option to buy into Medicare. She planned to resolve some of the biggest challenges of the ACA, including reducing the high costs associated with copays, deductibles, and prescription drug prices and increasing competition.

The president-elect, on the other hand, is an avowed opponent of the ACA, stating he wants to overturn it and bring free market reforms to the healthcare industry. During his campaign, Trump referred to the ACA as both an “economic burden” and a “horror,” adding he wants to lead the effort to bring “much-needed” free market reforms to the healthcare industry. In fact, Trump pledged the request to Congress to repeal Obamacare in full would be one of his very first acts as President. On his campaign site, Trump asserted, “No person should be required to buy insurance unless he or she wants to.” He has criticized the Affordable Care Act as having “resulted in runaway costs, websites that don’t work, greater rationing of care, higher premiums, less competition and fewer choices.”

Among his reform plans, Trump aims to modify existing legislation that bars the sale of health insurance across state lines and prevent vendors from offering policies in any state. This would increase competition and consequently decrease costs. He also has plans to turn Medicaid into a block grant program that provides more freedom to states in allocating funds. And he is pushing transparency from healthcare providers to facilitate price comparison for procedures and care costs and the ability to use tax-free Health Savings Accounts that will be inheritable. Additionally, Trump would like to pass legislation that allows individuals to fully deduct health insurance premium payments from their tax returns.

These goals echo some of those pursued by Republican leaders since the initial passage of the ACA, but until now they had very little chance of success, hampered by partisan gridlock in Congress and the power of Presidential veto of a Democratic President who was also the program’s designer.

The election returns, however, offer a far different future for the ACA and the healthcare industry. With 51 Republicans and 47 Democrats confirmed in the Senate, and 235 Republicans and 191 Democrats in the House, Congress is now easily within the President’s reach to support his proposed ACA repeal and changes to healthcare coverage.

Republican Senators proposed repealing the ACA in 2014, just after it was passed, and efforts have continued, despite setbacks. In January, Speaker of the house Paul Ryan made the repeal of the ACA his top priority this year. Of course, while President Obama would clearly veto any repeal bill, the success of the same bill on President-elect Trump’s desk will enjoy a far different fate.