What Does Age Have To Do With Healthcare Payments? 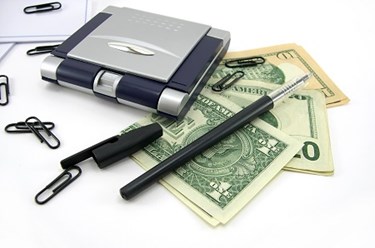 Healthcare spending grew to $3.4 trillion in 2016 and is expected to reach $5.5 trillion by the year 2025 according to the Centers for Medicare & Medicaid Services. Much of this growth has been and continues to be spurred by increasing consumer responsibility in the industry.

Consumers are paying more for health plan premiums too. According to the U.S. Department of Health and Human Services, premiums for plans available to consumers via HealthCare.gov increased by an average of 22 percent in 2017.

Despite increases in payment responsibility, many in the industry are slow to acknowledge or encourage the new role of consumers as key stakeholders in the payment process. Instead, consumers are often left confused and frustrated by outdated billing methods and limited payment options.

This disconnect may lie in the persistent generalizations in the industry regarding how consumers want to make their healthcare payments, such as: “My baby boomer customers only pay their bills by mailing in a paper check” or “Only millennials are making payments online and that’s not our customer demographic.”

The data tells a very different story. When consumers were asked about their payment habits and preferences in the Trends in Healthcare Payments Seventh Annual Report: 2016, there were more similarities in preferences across generations than contrasts.

There is no significant difference between generations when paying their monthly bills online:

The same holds true for the preference to pay health plan premiums and medical bills online:

When survey data is tracked year over year, all generations show an increased preference for online payment channels and electronic payment methods.

As consumers turn to their smartphones for more of their daily activities, providers and payers must make healthcare payments an integrated part of the mobile experience. According to the Pew Research Center, 77 percent of Americans own smartphones up from just 35 percent in Pew Research Center’s first survey of smartphone ownership conducted in 2011. When that data is broken out across age ranges, smartphones are ubiquitous as ownership is high across all age brackets:

As the data shows, healthcare payments isn’t about catering to only millennials or baby boomers — all consumers are demanding a convenient payment experience.

What exactly are these consumers demanding from healthcare? The data tells us that consumers expect the same experience in healthcare as they have in other industries (2015 McKinsey Consumer Health Insights Survey). When surveyed, traits that consumers value closely align between commercial and healthcare industries, such as great customer service, delivering on expectations, making life easier and offering great value. Put simply, consumers do not view shopping online or using a ride-sharing service as different from paying their medical bill or health plan premium.

The ability to ignore or deprioritize consumer demands in healthcare payments may no longer be an option. The consequences of inaction go beyond just longer days in accounts receivable or bad debt. The trends now delineate a clear correlation between the payment experience and a healthcare organization’s brand. For instance, patients who are satisfied with billing are five times more likely to recommend the hospital (2015 HCAHPS Survey). Additionally, how a consumer views a healthcare organization has direct ties to that organization’s revenue as well. Between 2008 and 2014, hospitals with excellent HCAHPS patient ratings had a net margin of 4.7 percent compared to just 1.8 percent for hospitals with low ratings (Deloitte).

When payment convenience becomes the norm, healthcare will be rewarded with consumer loyalty, brand trust and revenue to sustain the future of the industry.

The Trends in Healthcare Payments Seventh Annual Report: 2016 is now available to download — free of charge. For the last seven years, InstaMed has released this report to objectively educate the market and promote awareness, change and greater efficiency through quantitative data from the InstaMed Network and qualitative data from healthcare providers, payers and consumers surveyed nationwide.

About The Author
Before founding InstaMed, Chris was an executive in Accenture’s Health and Life Sciences practice. Chris has been involved in strategic development efforts regarding government health initiatives, consumer-directed health plans and direct connectivity between providers and payers. Chris has certifications and expertise in Programming, Architecture, User Experience, Database Technologies, Networks, Network Architecture, Security and Project Management. Chris is a named inventor of multiple patents and patent applications held by InstaMed.