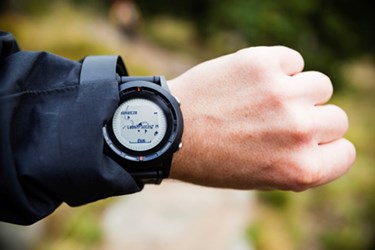 The health data collected by fitness trackers and similar devices has little to no protection according to experts.

Consumers who use fitness trackers or apps that send their data online could be at risk of having their information sold to advertising firms. According to Fierce Mobile Healthcare, some of these wearables use motion sensors which utilize GPS and keep records of user’s locations and activities. The fitness app Moves was one such app which previously said it would not release user information to third parties without consent. Now, Moves advises, “We may share information, including personally identifying information, with our affiliates ... to help provide, understand and improve our services."

"This is really, really a privacy nightmare," says Deborah Peel, the executive director of Patient Privacy Rights in an article for the Washington Post. She claims that the vast majority, if not all, of the health data collected by these types of apps have effectively "zero" protections, but is increasingly prized by online data mining and advertising firms.

The FDA’s app guidance, released last year, focuses on apps that transform a smartphone or tablet into a medical device. Health IT Outcomes reported, “Most apps, in fact, don’t even need regulation. Even though some will meet the definition of mobile devices, they pose a low risk to the public, and the FDA won’t even regulate them. The FDA will only look at products that function as mobile medical devices and could pose a risk if they don't work as intended.”

"The FTC and even the FDA have not done enough," says Jeffrey Chester, the executive director of the Center for Digital Democracy, who says the lack of concrete safeguards to protect data in this new space leaves consumers at risk. "Health information is sensitive information and it should be tightly regulated."

Chester says this is all part of a larger system of data collection, "The next frontier is local, and they know that health apps and other kind of apps related to recreation and lifestyle will be an economic bonanza," he says. "They literally want to know your movements in a much more granular way and they've created business models based on this kind of intrusive hyper-local data tracking."

The Washington Post explains that consumers are already being tracked; through pharmacy purchases with a consumer loyalty card or through web browsing behavior. Fitness trackers however have the potential to give much more specific information to companies.