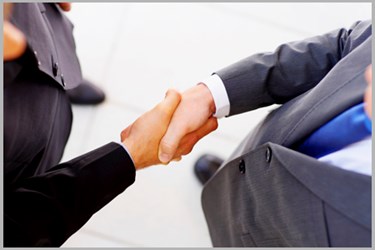 Roughly 27,000 Boeing employees in the Puget Sound area will have the option of joining health plans under new accountable care contracts to be offered among the company's health benefit options for next year, with financial incentives to encourage their use.

The company will work with accountable care organizations, or ACOs, an increasingly popular strategy for healthcare delivery that puts more responsibility on providers for improving patients’ health and reining in costs, according to The Seattle Times. Boeing has “created a flight plan for a new era of healthcare,” said Dr. Paul Ramsey, chief executive officer of UW Medicine, at a Seattle news conference Friday to announce the partnerships.

Modern Healthcare reports Boeing wants to test its ability to establish direct contracts with providers that can deliver savings, as well as gains in quality, access, and patient experience, according to Alan May, VP of human resources for Boeing Commercial Airplanes. “This is the first, as a model,” said May.

The Boeing deal is not the only such contract out there. A small number of direct contracts between giant U.S. companies and health systems exist nationwide, underscoring the frustration among employers dealing with escalating premiums, spotty quality, and poor retail service.

In the struggle to balance healthcare coverage and costs for their employees, more employers may strike similar agreements, but it's likely that only the largest will have the necessary resources for such agreements, said Suzanne Delbanco, executive director of the not-for-profit Catalyst for Payment Reform. She explained that for major employers, such agreements have the “potential to secure care at lower prices with more intense oversight on quality.”

According to Dr. Rodney Hochman, president and CEO of Providence Health & Services, the Boeing contract is unprecedented for the system, in terms of its size and scope.

One benefit to the providers is access to more patient data. In a traditional system, a patient sees a doctor who prescribes medicine or a follow-up procedure, but the doctor has no way of knowing if the patient followed through. Because Boeing is paying the costs, the company can share that data with providers, which can then try to determine the cheapest, most effective approaches.

The Providence-Swedish ACO includes the network’s clinics and hospitals, as well as The Everett Clinic, Pacific Medical Centers clinics, The Polyclinic, Proliance Surgeons and others. Some members of the UW Medicine network are Seattle Children’s Hospital, Seattle Cancer Care Alliance and the Overlake and Northwest Hospital centers and clinics.