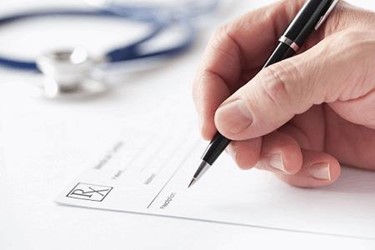 While the apparatus in Washington grinds forward sporadically on healthcare reform, a crucial component is missing, from an unlikely and underestimated source: the patients themselves.

Patients are trying to tell us how to improve delivery and outcomes, particularly in hospitals. The self-reported patient experience, as subjective as it may seem, is pivotal to reform. Improved patient experience is linked to better clinical outcomes that include lower re-admission and mortality rates.

In 2006, the Affordable Care Act tried to harness this dynamic by tying Medicare and Medicaid reimbursement to patient satisfaction surveys (the acronym-inducing “Hospital Consumer Assessment of Healthcare Providers and Systems,” or HCAHPS surveys). These HCAHPS surveys, mailed to patients, contain 32 standardized questions that capture everything from doctor communication to pain management to noise level on a hospital floor.

This early attempt to drive change was well-meaning. And since government reimbursement accounts for 58 percent of the average hospital payer mix – that’s $348 billion nationwide – you’d think these surveys would be prompting significant improvements in patient experience and healthcare delivery.

Unfortunately, aided by lobbyists, Congress ensured the financial driver of change was practically meaningless. Only two percent of Medicare reimbursements are affected by the legislation that ultimately passed. And of that two percent, only 25 percent – that’s 0.005 – attaches to patient experience as captured by HCAHPS surveys.

Fortunately, this is one of those cases where the private sector – and particularly, technology – is already taking us in the right direction.

Enlightened hospital systems have already started to listen to patients who are sharing their experiences on the web: on Twitter, in public posts to hospitals’ Facebook pages, and in public reviews on Google and a host of healthcare review sites.

These sources provide a massive trove of important, voluntarily-provided patient experience data, hidden in plain sight, that can be analyzed to identify ways to improve care along more dimensions than any 32 question survey could ever capture.

By applying artificial intelligence, machine learning and sentiment analysis to this massive cloud of unstructured data from online conversations, healthcare is learning to capture the unbridled, granular voice of the patient at its most representative and authentic – and is putting that intelligence to work, to deliver better care and better outcomes.

Facebook has been righteously (and rightfully) bashed lately about privacy – and they clearly have work ahead of them, to be worthy of trust. But like any powerful tool, when enlisted transparently and voluntarily, the social web can have a tremendously positive impact in the public insights consumers share voluntarily about their experiences, particularly in a domain as important as healthcare.

Legislation and government-mandated surveys will only take us so far. The voice of the healthcare consumer is being raised. Patients are telling us via social channels how to improve care delivery, 24/7.

Health systems just have to learn to listen.

Michael Fertik is the founder and CEO of Reputation.com. A contributor to print and broadcast publications including the BBC, Good Morning America, Today Show, Dr. Phil, CBS Early Show, CNN, Fox, Bloomberg, and MSNBC, Fertik is well known for his work in digital privacy and reputation management. He is a World Economic Forum Technology Pioneer Award winner as well as the co-author of two books, Wild West 2.0 (2010), and New York Times best-seller, The Reputation Economy