With new immigrant populations arriving in the U.S. from Central and South America, the Middle East, Africa, and elsewhere, it has become increasingly challenging for hospitals to meet the needs of new patients because of language barriers. Having on-site interpreting staff fluent enough in a wide variety of languages is impractical.

Northeast Georgia Health System is addressing its interpretation needs using a video remote interpreting (VRI) solution that allows physicians, nurses, and other staffers to quickly connect with interpreters using video phone calls via desktop PCs and iPads. The solution has not only helped improve service and care for its diverse patient population (the number of immigrants in Georgia has risen by nearly 70 percent since 2000, according to the U.S. Census Bureau), but also saved time and money. 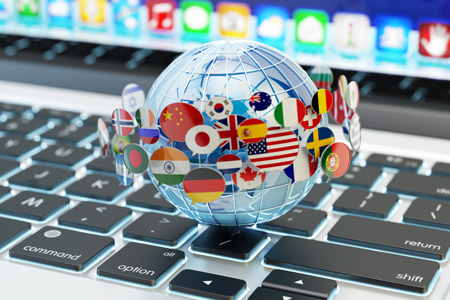 With new immigrant populations arriving in the U.S. from Central and South America, the Middle East, Africa, and elsewhere, it has become increasingly challenging for hospitals to meet the needs of new patients because of language barriers. Having on-site interpreting staff fluent enough in a wide variety of languages is impractical.

Northeast Georgia Health System is addressing its interpretation needs using a video remote interpreting (VRI) solution that allows physicians, nurses, and other staffers to quickly connect with interpreters using video phone calls via desktop PCs and iPads. The solution has not only helped improve service and care for its diverse patient population (the number of immigrants in Georgia has risen by nearly 70 percent since 2000, according to the U.S. Census Bureau), but also saved time and money.

Previously, the health system used on-demand, telephone-based interpreting services. However, according to cultural competency coordinator Jose Martin, staff were reluctant to use the phone system because it was difficult to determine if the patient understood what the interpreter was telling them. Instead, they would frequently enlist the services of bilingual staff members, a number of whom had no medical training.

That resulted in delays and unreliable interpreting. “I started doing some research, and found many hospitals were using agencies for interpreting purposes, in addition to telephone services,” Martin says. “One area that caught my attention was the American Sign Language (ASL) community, because we had no services for them at the hospital. There were agencies, but the problem is that the interpreters often had to drive a long distance to get to the hospital, and it was too long of a wait for the patient.”

Martin located a company that provided ASL video interpreting services via dedicated devices connected to a T1 line. “It was costly, and there was a monthly fee associated with it,” Martin says. “We only used that device for ASL, and then used the telephone for all other languages.”

Martin wanted to take a new approach. At a conference in Miami he encountered Stratus Video, which offers Stratus Video Interpreting, a cloud-based remote video interpreting service that connects providers with interpreters fluent in 175 spoken and signed languages. Th e service allows providers to connect over any tablet, smartphone, PC, or Mac computer. “They had 24/7 coverage, and they were compliant with all the DNV (Det Norske Veritas Healthcare, Inc.) regulations,” Martin says.

Martin did some due diligence on Stratus, and began surveying hospital staffers to get a better idea of exactly what their interpreting needs were. “Every hospital is unique, and I had to understand what the hospital needed,” Martin says. “I found that nurses were having trouble with telephone interpreting because they had to use two phones and go back and forth between them. Another thing we were missing was visual interpreting in areas like mental health and rehabilitation. You can’t just have a phone; the visual part is a big piece of understanding.”

Body language is important for interpreting, and also provides cues so that the interpreter knows the patient fully understands what they are saying. “You really need to see their faces, so video for me was crucial,” Martin says. “I also saw that a lot of the telephone interpreting companies were partnering with Stratus, because the technology was changing.”

Instant Access
Martin and his team launched a six-month pilot of the Stratus solution using an iPad. Now, staff can use desktop computers as well as iPads to quickly contact live, medically trained interpreters fluent in hundreds of languages. Th e interpreter and patient can speak directly to each other via video. Th e visual cues in these virtual face-to-face sessions provide even greater insight for the interpreter, improving the overall experience for the patient and ensuring that all of the information is fully understood.

When employees log into the Stratus system, they see a menu of languages. Once they select the language, the interpreter is made available via the video feed.

“We found that the PCs are great for registration,” Martin says. “Our registration staff have a dual monitor, and can have the application already in the desktop. They can flip the monitor and go right into Stratus if they need an interpreter.”

The hospital also deployed iPads for the clinical areas, which required the IT team to provide secure connections for the devices. “Th ere are different challenges there,” Martin says. “You have to sign in and out of the application, and you have to have a secure, encrypted HIPAA-compliant connection.”

Next, the hospital had to develop interpreting polices to fit the new technology and to eliminate some of the problems caused by the ad hoc approach that had developed among the staff . “Th e policy had to be very specific,” Martin says. “We want the staff to provide effective communication, and spell out how to use the interpreting technology. Th e policy also has an audio offering for phone calls that need interpreting as well.”

The IT staff developed secure connections for the desktop PCs and iPads purchased for the system. All of the iPads are mounted and locked on an IV pole for easy positioning. The iPads only use the on-demand interpreting application. Across the health system’s facilities, Martin says there are now 40 dedicated PCs and 120 iPads in place for the Stratus solution.

The Customer Care Resource Center provides the hardware to each department. There are also laptops in place that can be used in different departments. Each computer is assigned a department and number so that interpretation services can be billed to the right department.

Wireless boosters are used in some areas to maximize connectivity to prevent delays in more secluded areas in the facility.

Better Care, Lower Costs
Martin says having video interpreting services available has improved patient care and satisfaction, and made it easier for staff to communicate with patients. Using video calls has also shortened the duration of the interpreting sessions compared to the phone-based service, which has saved money. “Each interpreting sessions is unique, but we saw that with audio we were averaging a 9-minute call, and on video it was 6.7 minutes,” Martin says. It represents roughly $3.22 per session in savings.

Stratus also provides reports and trending data on application usage, language usage, and other information. “That helps me understand the demographic changes in the healthcare system, which is extremely important, too,” Martin says.

“We’re all very excited about the Stratus technology,” Martin adds. “I know we made the right choice, and it’s making a huge improvement in providing effective communication and patient satisfaction.”