UPMC Scales Its Network With SDN 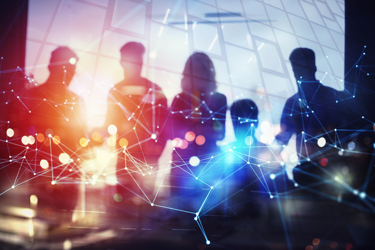 Healthcare provider and insurer, UPMC is the largest non-governmental employer in the state of Pennsylvania. It operates 40 academic, community and specialty hospitals, 700 doctors’ offices and outpatient sites and offers an array of rehabilitation, retirement and long-term facilities. For UPMC’s IT department that means a lot of add moves and changes to administer and, with a 12 percent average annual growth rate, a lot of new users and branch offices to add. Before adopting SDN in its data centers and SD-WAN for branch connectivity, scaling UPMC’s network was a costly part of the business.

“We had so many sites where we were managing router configurations individually,” says Dan Snyder, principal architect for UPMC. “There could be a new doctors’ office opening every week. And when a new application rolled out, we had to change settings at hundreds of locations and coordinate between central IT teams and on-site teams. Something as simple as a quality-of-service change could take months of work by a large team of networking engineers.”

At first, UPMC rolled out the SDN infrastructure at only a handful of remote sites, to ensure that the solution would meet the organization’s needs. “We were testing out how well this worked — is it stable, does it meet our needs,” Snyder says. “It passed all of our tests for the initial scale we were looking at and met our criteria for ease of deployment.”

UPMC also took the opportunity to try using broadband internet to connect remote sites, as a replacement for leased lines. “We tried out broadband for 3–4 sites for a period of 3–6 months, and we had positive comments back from the sites,” Snyder says. “They felt that performance was better than what we were providing with leased services. We were able to go from 10 to 20 megabit download speeds to 100-megabit downloads. The capability of the SDN product provides probably 5– 10 times the performance as before, for about the same cost, and it’s easier for us to manage.”

One use case that illustrates the simplicity of UPMC’s SD-WAN solution is that of UPMC radiologists who work remotely from their homes and live more than an hour’s drive away from the hospitals they primarily serve. UPMC’s SD-WAN infrastructure is so simple to deploy that the organization now ships out SDN routers to their homes, along with laminated cards that include instructions for setting up the devices. The entire process only takes a few minutes. Later, if configuration changes are needed, networking IT staffers can make those adjustments remotely, rather than visiting every work-from-home radiologist and other remote sites on the network.

In addition to the simplicity of SDN, the remote radiologists benefit from the improved performance. “It definitely makes it easier for them to go through images more quickly,” Snyder says. “They’re not waiting as long. In healthcare, the margins are really low to begin with, and you have to find ways to manage things at a larger scale without costing more money to the business.”

So far, UPMC has deployed its SD-WAN infrastructure at more than 100 remote sites and is continuing to slowly roll out the solution across the organization’s network. Up to now, the focus has been on getting the solution up and running to simplify deployment and management. But as the environment matures, Snyder says, UPMC may try to find ways to leverage software-defined networking to better support Internet of Things (IoT) applications, improve cybersecurity, and redeploy networking staff to more strategic projects.

Lindsay currently leads the global marketing team for Nuage Networks from Nokia. He is responsible for all marketing and communications activities, including strategy, campaigns, and content as well as co-marketing with Service Providers delivering SD-WAN solutions using Nuage Networks products and technology. Lindsay has been based in Silicon Valley for the past 20 years, leading product marketing for Nortel’s Enterprise Switching business, marketing at start-up TiMetra Networks, marketing at Alcatel’s IP Division, and product marketing for the Fixed, Wireless, IP/Optical and Software/Services businesses of Alcatel-Lucent. He began his career in the U.K. in various roles spanning network support, technical consulting and pre-sales and holds an HND in Electronics from City of Bath Technical College in England.