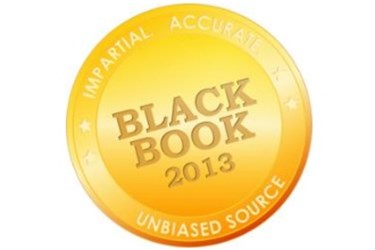 Mobile EHR application users narrow down the elite group of high performance native and virtualized iPad systems from a crowded field of competitors vying for market share. As thousands of physician practices are opting to dump ineffective EHR systems, and others still scramble to select a first vendor, early adopters identify the firms that have delivered success, productivity, outcomes, meaningful use achievement and crucial stimulus fund requirements among mobile EHR applications.

Washington DC (PRWEB) - Black Book Rankings, the recognized source for neutral and precise customer satisfaction analysis in the healthcare IT industry, uncovered the meteoric trend in mobile device EHR application demand of nationally surveyed physicians. The Black Book user poll was conducted as a focused follow up to the sweeping 2013 electronic health record study, foretelling the “Year of the Big EHR Switch.” Nearly one in five physician users indicated the high likelihood of shifting systems after disappointing first vendor results. Several new EHR integrated mobile apps have been added to the list of physician must-haves in the replacement market demand.

“A mandate has been issued and progressive vendors are reacting,” reports Doug Brown, Managing Partner of Black Book Research. “A full 100% of practices participating in the follow up poll expect EHR systems that allow access to patient data wherever physicians are providing or reviewing care.“

122 vendors responded to Black Book that they will introduce fully functional mobile access and/or iPad native versions of their EHR products by the end of 2013. Another 135 EHR product vendors claim to have mobile applications on their near strategic horizons.

Desire for mobile apps and their actual use remain two separate matters, as more programs are introduced, according to Black Book. Although 89% of primary care and internal medicine doctors use smart phones to primarily communicate with staff, and 51% of clinicians use tablets to perform independent medical reference and internet research, less than 1% estimate they are maximizing use of their mobile clinical and business applications

Currently, 8% of office-based physicians use either a mobile device for electronic prescribing, accessing records, ordering tests or viewing results. However, 83% indicated they would immediately utilize mobile EHR functionalities to update patient charts, check labs and order medications immediately if available to them via their current EHR.

Although authorities debate the advantages of virtualized versus native iPad implementations, current users of both mobile EHR application types note past flaws that require the most technological attention. Of the mobile app issues most criticized, 95% of physicians indicated the small screen of iPhone/Smart Phone/Android Screen Size as their biggest problem ; 88% indicate difficulties in the ease of movement within the chart; 83% do not want an EHR system replicated on their mobile device preferring simplified versions, and 71% do not appreciate non-optimized touch screens.

“The vast majority of all survey respondents favored mobile applications that focus on the patient data and core parts of medical practice most needed when the physician is away from the office setting,” noted Brown of the survey findings.

Surgeons, particularly the specialties of orthopedics, ophthalmology, and ENT had lowest interest in mobile and iPad devices, currently at less than 14% on average.

Black Book’s report on native and virtualized iPad applications also shines light on the performance disparity between vendors seeking to capture both new EHR and replacement physician practices and hospitals. The May 2013 report focuses on measuring user perceptions on the performance and functionality in several key areas and meaningful use readiness.

Mountain View, California-based drchrono, achieved the highest customer satisfaction scores in the for iPad EHR applications as determined by the responses of over 1,400 practices nationwide.

The mobile application market is expected to grow 500% by the end of 2014 primarily because of the government's meaningful use incentive program, but the marketplace remains quite crowded, and overall physician usability and approval are the main factors that will keep vendors competitive.