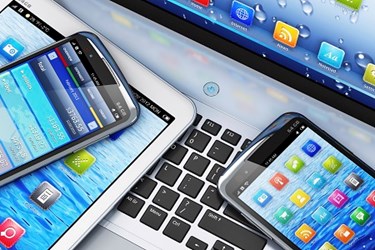 According to a new consumer survey, mobile apps are going to become mainstream in 2014, fueled by consumers who want to monitor their health.

"Get Mobile, Get Healthy: The Appification of Health and Fitness," a new report from Mobiquity, reveals this year will be big for mobile healthcare. “A healthier you is just an app away,” begins the introduction to the survey results. “Over the past 12 to 24 months, the ‘quantified self’ movement has taken off with customers eager to learn more about how their lifestyle impacts their well-being. To investigate further, Mobiquity commissioned independent research firm Research Now to survey 1,000 people in the United States who use, or plan to use, mobile apps to track their health and fitness.”

Fierce Mobile Healthcare reports the study found 70 percent of consumers are using health and fitness monitors on a daily basis and 63 percent of them plan to expand that use in the next five years.

Report authors write, “We believe 2014 is the year that mobile health will make the leap from early adopters to mainstream. The writing is on the wall: from early rumors about a native health-tracking app in the next version of Apple’s iPhone operating system to speculation that Apple will finally launch the much-anticipated iWatch, joining Google, Samsung, and Pebble in the race to own the emerging wearables market.”

“It may be a while before we are all sporting a smartwatch, but already wearable health and fitness tracking devices are becoming popular.” says the report, “It won’t be long before apps paired with wearables become increasingly mainstream, providing further insights into the quantified self and creating opportunities to impact behavior change.”