The Rise Of Telemedicine In Treating Addictions 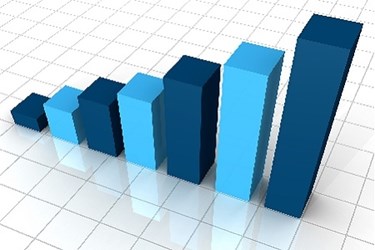 Lack of healthcare access to low-income residents in both rural and urban areas present a significant challenge in chronic disease treatment such as substance addiction. Key challenges faced by this demographic include distance, transportation constraints, and a shortage of trained healthcare professionals. In the U.S. alone there is expected to be a shortage of 60,000 to 100,000 doctors in the coming decade according to AAMC (Association of American Medical Colleges). In response to this impending scarcity, innovative solutions such as telemedicine provide hope in overcoming this challenge.

With a growing prevalence of access to technology (internet and smart phones) amongst the population, telemedicine provides a realistic solution to an already overloaded and overburdened healthcare system. To understand the role of telemedicine in addiction treatment, we need to understand how telemedicine works, its potential for impact, and challenges that need to be overcome to make this solution a reality.

How Telemedicine Works
Simply stating telemedicine involves a video call between doctor and patient is unjust. In fact, telemedicine requires both the patient and physician to go through a series of steps for standardized care to be delivered. Before meeting with a doctor, scheduling and transfer of a patient’s health record is extremely important. In fact, no appointment can be carried out without the physician having prior knowledge about the patient’s history. During the appointment, input can only be provided on observation from the physician only and information found on the patient’s record, all of which must be done in accordance with HIPPA. Only post-appointment can payment, insurance, and reimbursement claims be filed and follow-up appointments scheduled.

Impact Of Telemedicine In Addiction Treatment
Effective addiction treatment requires patients to attend a rehab center for the following three stages: detox, therapy and extended care. Many patients (and their families) are naturally apprehensive of such measures due to both social and cultural stigma associated with frequenting such institutions. With telemedicine, a patient can attend rehab sessions virtually and take part in support groups and other community meetings from the comfort of their home. This reduces burden on the system and ensures greater participation from individuals who are in need of rehab treatment for substance abuse. Furthermore, telemedicine significantly increases retention of patients needing extended care after completion of rehab which is often recommended to prevent relapse.

More specifically, areas in which telemedicine excels in addiction treatment includes privacy, schedule flexibility, and access to treatment by nearly everyone. The online environment put forth by telemedicine minimizes the number of people who have to know about an individual’s addiction. For example, when a patient shows up at an outpatient facility, they have to interact with receptionists and billing before they can leave which may make some feel uncomfortable not to attend altogether. Furthermore, as people try to rebuild their life, a lack of flexibility in scheduling may force them to choose between other, more important commitments such as work — in which case rehab generally becomes the second option. However, with remote care, patients have more options to fit in a rehab session. Last but not least, telemedicine significantly reduces costs associated with treatment. Having to drive long distances (or commute using public transport) for treatment may not only be expensive and out of reach for some patients, it can be downright discouraging. With telemedicine, these associated costs of care are reduced to only to paying for an Internet connection.

Efficacy Of Telemedicine In Addiction Treatment
Despite its many benefits, telemedicine has its shortcomings and provides a range of challenges which must be minimized in order to deliver effective treatment. Key among these deficiencies is the depersonalized environment and experience created by the lack of a face-to-face interaction between patients and counselors.

In such a scenario, patients are not as likely to open up during treatment as they understand or feel the seriousness or importance of the situation. In-person interactions open up people to reveal more about their thoughts and emotions than they might normally be comfortable and this information is critical in understanding a patient’s psyche to a level which permits physicians to prescribe the right course of treatment. This difference in level of interaction can be attributed to subtle, nonverbal cues given by the patient which allow the physician to better read the individual and adopt their therapy session on the go.

Yet despite this shortcoming of telemedicine, studies which have attempted to understand its efficacy in comparison with in-person physical treatment have found no statistically significant difference. In fact, in some cases the standard of care provided by telemedicine surpasses face-to-face care.

Challenges Faced For Widespread Adoption
Data privacy and security remain the prime areas of concern surrounding widespread adoption and implementation of telemedicine. Simply using HIPPA-compliant software is not enough to guarantee protection of confidential patient data being stolen. This adds more pressure on the healthcare system to train staff, design new clinical workflows, utilize secure-servers, and hire an IT team.

On top of compliance issues, legal concerns regarding insurance coverage and reimbursement also remain. Presently, only 22 states have laws in place which require private insurers to provide some form reimbursement for telemedicine services. Yet, these laws don’t require insurers to provide comprehensive coverage for chronic disease treatments such as substance addiction. For example, a private insurer which covers rehab expenses for onsite visits is not obliged to do the same if patients attend rehab virtually.

Though efficacy of telemedicine has been found in numerous studies, a lack of decisive evidence remains a key hurdle in its widespread acceptance and adoption. Couple this with the slow speed at which change in healthcare and government policies occur and the outcome is a solution that is still far from achieving its full potential.

About The Author
Kumar Venkatesiah is an eLearning consultant from India with more than nine years of experience. He works with telemedicine startups to help onboard new clients to the digital platform. You may reach him at kumarv2012@yahoo.co.in.