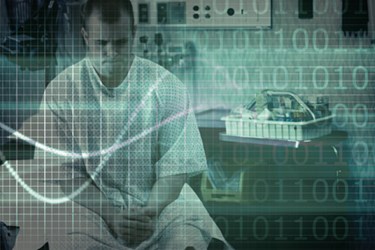 The concept of population health was first introduced in 2003, when David Kindig and Greg Stoddart defined it as “the health outcome of a group of individuals, including the distribution of such outcomes within the group.” Population health management means taking responsibility for managing the overall health of a defined population and being accountable for its health outcomes. The population could be defined as a list of individuals or through particular criteria, e.g. geographical area, age, gender, health conditions, etc. The overall health of the population is defined through a set of aggregated metrics including percentage of chronic conditions, the number of admissions, readmissions, and emergency room visits. Finally, population health management implies a goal — achieving measurable improvements in the health of a defined population. The concept itself does not suggest how to achieve that goal.

Regulatory Considerations Of Population Health Management
To move from concept to implementation, the next step would be a legal framework. For example, the Health Maintenance Organization Act spurred the growth of managed care. Arguably, this attempt failed, primarily because utilization management and review techniques shifted the focus of the program towards cost reduction rather than health improvements. The Affordable Care Act (ACA) is among more recent examples of a legal base for population health management.

The introduction of Accountable Care Organizations was an attempt to learn from the mistakes of MCOs and provided the essential legal foundation to establish the population health management paradigm. Another important provision of ACA was the introduction of Meaningful Use criteria, which led to a substantial rise of EHR usage. This was probably the moment when we noticed improvements in patients’ as well as practitioners’ experience, whether it was scheduling appointments online, pre-registering for a visit, or using touch-screen devices instead of paper clipboards to check in. Health information is finally becoming digital and could be used as a technical foundation to take the next step towards the goal of population health management.

Today there are several active initiatives and regulation provisions that could lead to even more fundamental changes in the U.S. healthcare system. The newest one is probably Medicare Access and CHIP (Children's Health Insurance Program) Reauthorization Act of 2015 (MACRA), which strongly advocates for rewarding providers for providing better care, not just more care. Although MACRA looks very promising, it may be too early to discuss its practical implications. Much better examples are the Health Homes (HH) Program, launched in several states, and the Delivery System Reform Incentive Payment (DSRIP), originally introduced in California and later followed by Texas, Massachusetts, New Jersey, Kansas and New York.

Along with the other provisions, the ACA of 2010 created an optional Medicaid State Plan benefit for states to establish Health Homes and coordinate care for people with chronic conditions who have Medicaid coverage. CMS (Centers for Medicare & Medicaid Services) expected states’ health home providers to operate under a “whole-person” philosophy. Health Homes' providers are integrating and coordinating all primary, acute, behavioral health, long-term services, and support to treat the whole person. In turn, the idea behind DSRIP is a transformation of the healthcare system with the ultimate goal of creating a financially stable structure that meets the needs of its specific community as measured, in part, by a 25 percent reduction in avoidable hospital use. Health Homes is critical to this transformation as it provides care management services to the segment of the population, covered by Medicaid, who are driving more than 50 percent of this avoidable use.

Even though the Health Homes Program was kicked off earlier and independently of DSRIP, Health Homes is a key tool for Performing Provider Systems (PPS) to leverage in order to achieve DSRIP goals. It may be easier to think of these programs in terms of efforts/impact matrix. Improvement to care management requires a relatively small effort but could potentially have a huge impact on population health, meaning a quick win.

Population Health Management In Action
Let’s take New York as an example to illustrate how these programs work. There is a Medicaid Analytics Performance Portal (MAPP) built by NYS, which supports both HH and DSRIP performance management technology needs. These programs require the exchange of patient health information to and from the MAPP system in order to provide NYS with the necessary information to gauge the program’s performance and enrollment. While all lead organizations within HHs and PPSs have direct access to MAPP (which allows direct information entry), most, if not all, interface with the system through a batch file exchange. Every HH is responsible for accepting members assigned to them by NYS (which facilitates the identification of potential enrollees).

When new members are identified, the HH then attempts to reach out to the patients to assess their interest in the HH program. Once the member consents, the HH must enroll the patient through a process known as tracking. Tracking involves creating an enrollment date with the MAPP system, which checks the member’s eligibility for the program and Medicaid, as well as making sure they haven’t been previously enrolled with another organization. After members are enrolled, participating community care clinics or the Care Management Agency (CMA), work with the member to provide the lead organization with clinical data and encounter information, which is in turn sent to MAPP in a function called billing support. Once billing support has been done, the services can be billed directly to Medicaid by either the Lead Organization or the member’s MCO. Finally, the lead organization or MCO is responsible for disbursing payment to the CMA’s. All of this workflow is tracked and reported through the MAPP portal.

Now let’s take one more step and move on from business requirements to actual means and tools. As mentioned above, the core of data transmission is the manual batch files exchange. With an internet browser, lead organization staff should be able to manually upload and download files from MAPP. However, the rest of the business requirements and workflows could easily be automated to minimize the amount of human mistakes, especially when it comes to tracking and billing processes. An automated software solution should be able to generate the files containing well-formed, consistent data and be sophisticated enough to regenerate tracking and billing data if any discrepancies are found later on in the process. In other words, the solution should act as a synchronization layer between the lead organization’s software infrastructure and the state portal, leveraging the following important features:

The greatest challenge is integrating a software solution into the organization’s unique software eco-system and harmonizing the data stored and updated within the organization with the data coming from the state. This task requires a deep understanding of the healthcare organization’s typical software setup including its practice management system, EHR, billing software as well as a solid knowledge of the way a state portal works, transmits and operates data. Needless to say there are no off-the-shelf products on the market that can cover all aspects of the aforementioned workflows while being tailored to the specific needs of an organization. So it is becoming critically important for the leading organization to have a trusted vendor who has the capabilities necessary for a timely reaction on initiatives and programs including soon-to-be launched Health Homes for Children.

About The Author
Egor Kobelev is a vice president of Healthcare and Life Sciences at DataArt. With over 15 years in the IT industry, 10 of them in the healthcare sector, Egor brings a wealth of industry expertise to the company, advising major U.S. clients on technology approaches in research, regulation and security. Prior to DataArt, Egor worked as a software developer and software architect for a number of technology firms. He holds MS in Statistical Radiophysics from Voronezh State University.