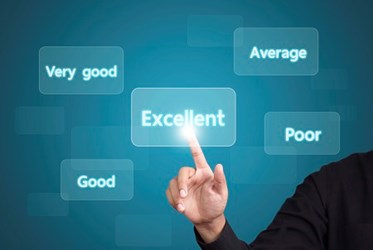 In a study published by Black Book, nearly three-quarters (72 percent) of respondents anticipate that “as few as 10 of the currently functioning public exchanges” will still be operating by 2017 without making significant changes to their processes, revenue streams, and general business models.

Further, 97 percent of health insurers indicated that public HIEs are “struggling to exchange trusted patient data sets” which is why 94 percent “do not see the value proposition in public HIEs.” And more than 80 percent “of the nation’s 220 operating public HIEs are stalling as federal grants supporting half of the state and regional HIEs are dried up.”

Government Health IT quoted Doug Brown, managing partner of Black Book, as writing “Payers are looking for ROI that the majority of public HIEs aren't even close to delivering. So it was inevitable the private HIE market got so hot.”

According to FierceHealthIT, approximately $546 million in HITECH funds supported roughly 60 percent of the nation’s 220 operational HIE. With no additional governmental support, HIEs are forced to assess high fees while developing other revenue streams. However, health insurers participate in fewer than 31 percent of public HIEs, and 86 percent of payer respondents refuse to pay the public exchanges' annual fees.

Additional findings from the Black Book survey include:

Thus, "Private exchanges will continue to outpace public HIEs as organizations are exploring how they will effectively aggregate data to support their ACO efforts,” according to Brown. "Eventually, given meaningful use, the industry can expect to see connections between private and public exchanges emerging for the purpose of sharing public health data and to support the portability of medical records. But there is an obvious challenge of whether public, regional and state exchanges will still be around to connect to when that happens, or if these private exchanges and EHR vendors will instead connect stakeholders directly to a national exchange.”