The Case For Greater Consumer Centricity In Hospital Star Ratings 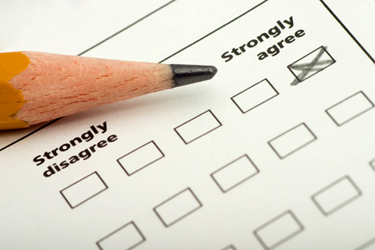 Earlier this year, the CMS announced it was considering retiring the latent variable model it uses to assign its well-established hospital star ratings. The notice came as a surprise to many in the healthcare industry, considering CMS originally defended the star rating methodology nearly a year ago. But hospital executives have largely criticized its continued relevance in today’s healthcare landscape, which is slowly but surely moving toward a consumer-focused model. CMS is currently gathering feedback to decide whether or not permanent changes will be made to the star ratings system, but given how much has changed in the healthcare industry since the ratings were first established (and last revised), many of us in the healthcare industry say it’s time for a refresh.

What Is A CMS Star Rating?

The star ratings system began in 2007 as a way for CMS and Medicare beneficiaries to assess and compare Medicare Advantage health plans. For the last 12 years, the organization has doled out ratings, from one to five stars, based on 53 quality measures within eight topic areas, including clinical quality, customer satisfaction, and regulatory compliance.

But over time, the composition of the star ratings has changed, as new and different improvement measures were weighted differently. For example, the ratings for the 2014 to 2015 calendar year weighted the HEDIS measure, which largely focuses on the processes and outcomes related to clinical quality, at 28.4 percent of the total star rating composition. The following year, it accounted for only 23.9 percent, showing a decrease of more than four percent in only one year.

As evidenced by this shift, the star ratings are less driven by clinical quality performance than ever before – an incongruous shift considering providers are increasingly measured on patient outcomes in value-based care delivery models.

Why Don’t The Ratings Work For Consumers Anymore?

Star ratings have taken on a specific meaning in the eyes of consumers, as ratings sites like Yelp and TripAdvisor have proliferated. They allow consumers to set a subjective rating of a business on an absolute scale. But the healthcare industry has seen dramatic changes since the inception of the CMS rating system—from charting patient data electronically to using AI-technology to improve health outcomes—and the ratings methodology hasn’t kept pace.

How Do The CMS Ratings Work Currently?

Also of note, what separates a two-star hospital from a three-star hospital, and so on and so forth, is only very few percentage points. This creates a distorted view of hospital performance for consumers that rely on these ratings to make critical decisions about their healthcare.

Hospital executives are understandably upset over the discrepancy and believe the ratings as they stand aren’t representative of healthcare consumers’ experiences. For example, a two-star CMS rated hospital could have a 4.7 rating based on patient feedback, but a 2.3 rating on regulatory compliance, highlighting the drastic discrepancy the rating system fails to address by weighting categories differently.

Conversely, a four-star hospital may score poorly on patient feedback yet receive a high rating based on other non-patient facing factors, underscoring why industry experts are anxious to usher in permanent changes to this traditional healthcare ratings system.

What Does CMS Need To Change?

One option? Stop using stars. Other industries are already using non-star markers when a rating or ranking methodology isn’t reflective of consumer experiences or opinions. For example, the diamond system for hotels looks at the overall facility quality, range of facilities and level of services offered by a property or group of properties.

Another consideration: category rankings. What other industries are teaching the healthcare vertical, is that having a single rating that ladders up to a hospital isn’t as valuable to the consumer decision making process because it fails to address the critical components that make up the overall ranking. For example, one of the hospitality industry’s mainstay ratings platforms, TripAdvisor, breaks down their overall ranking into separate categories for consumers that value different components of a restaurant or hotel in different ways (i.e., food, service, value, atmosphere, etc.).

Something we’ve learned at NRC Health is that patient feedback-based ratings are really the most impactful for healthcare consumers when it comes to deciding whether a hospital or health system is the right one for them. But as they currently stand, the CMS ratings don’t leverage the kind of methodology we’ve become accustomed to as consumers, and because they don’t prioritize ratings around patient feedback, these ratings can be at the best confusing and at the worst, misleading.

Today’s healthcare consumers are looking for a better, more customer-centric experience. Regardless of whether CMS ultimately decides to make changes to its star ratings system, consumers will benefit from a better understanding of the methodologies behind ratings systems like this one, and how they may be contrary to consumers’ preconceived expectations of star ratings. As the healthcare industry overall moves toward a more consumerist model, improving the patient experience will continue to be the focus of healthcare organizations everywhere and ratings systems will eventually have to catch up to this shift.