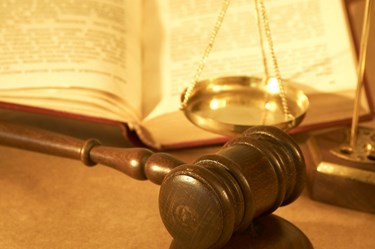 Telemedicine wins in the skirmish against the state of Texas.

Texas and the state's medical board have dropped their appeal of a lower court’s refusal to dismiss Teladoc’s antitrust lawsuit challenging a restrictive telemedicine rule that requires physicians to meet face-to-face with patients before than can prescribe treatment.

Last year, Teladoc filed a lawsuit in federal court, claiming the medical board’s rule limits access to telemedicine services in the state. The telemedicine provider went forward with its launch despite the passing of restrictive telemedicine rules in Texas last year, as Health IT Outcomes reported. Teladoc also filed an antitrust suit accusing the Texas Medical Board of violating the Sherman Act and Commerce Clause in response to the Board’s requirement that physicians see patients in person to establish a relationship before providing telehealth care.

In June 2015, a judge barred the implementation of the new rules until the civil trial was completed in a lower court, determining that claims made by the Texas Medical Board that led to adopting the new rules were “suspect.”

The Board argues it is a crucial measure for ensuring patient safety and quality care, while Teladoc challenges the move as a violation of antitrust laws by adopting measures that impinge on its business model, according to NBC News.

Teladoc sued the TMB, alleging that the new laws were a violation of antitrust laws, since the board was comprised of practicing doctors who held a financial interest in inhibiting the spread of telemedicine. The TMB then filed a motion petitioning for the suit to be dismissed on the grounds that state supervision of board actions would make the TMB a state agency under law and therefore immune to lawsuits. The judge then denied the motion and the TMB appealed to the Fifth Circuit Court.

Now, in an unusual move, the Texas Medical Board has dropped its appeal, which appealed not the lower court’s final decision but its rejection of the state’s motion to dismiss the case, according to Mobihealth News.

According to a blog post from The Cato Institute, the decision to drop the suit was likely the result of the outpouring of support in the form of amicus curie briefs on the side of Teladoc. “This should be the end of the case,” Senior Fellow Ilya Shapiro wrote in the post. “Although I’m sure Teladoc and its fellow plaintiffs would’ve loved to finish litigating the appeal and get a favorable Fifth Circuit ruling, it’ll take this win all the way to the economic-liberty bank.”