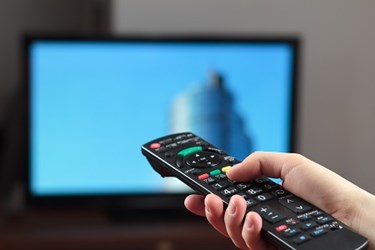 A recent study reveals the potential for telepsychiatry in helping children with ADD in underserved regions.

As telemedicine takes stronger hold throughout the medical community, it is expanding into new and exciting directions. As Health IT Outcomes recently noted, we are on the verge of a telehealth tipping point.

Now, an American Academy of Child and Adolescent Psychiatry study suggests telehealth, and specifically telepsychiatry, can help bridge the significant access gaps in remote communities to help diagnose and treat children with ADD and ADHD. The study, Effectiveness of a Telehealth Service Delivery Model for Treating Attention-Deficit/Hyperactivity Disorder: A Community-Based Randomized Controlled Trial” was designed to register the impact of telepsychiatry on children suffering from ADHD in remote regions.

The study examined 223 children who had been referred by 88 primary care providers across seven remote areas in a randomized trial, Medscape reports. The children assigned to a randomized telehealth group received six video sessions of pharmacotherapy from psychiatrists, while therapists provided remote behavior training. In the control group, children were treated by primary care providers, coupled with a telepsychiatry visit.

Both groups benefited, but children in the randomized group “improved significantly more than those in the augmented primary care arm,” for a host of outcomes, according to Medscape. The improvements were in diagnostic criteria for ADHD and oppositional defiant disorder, role performance on the Vanderbilt ADHD Rating Scale, completed by caregivers and teachers, and impairment on the Columbia Impairment Scale–Parent Version.

Ultimately, the study concludes, “The CATTS trial demonstrated the effectiveness of a telehealth service model to treat ADHD in communities with limited access to specialty mental health services.”

Donald M. Hilty, MD, and Peter M. Yellowlees, MD, wrote, “This study has very significant implications for the practice of psychiatry in general, child psychiatry, rural and primary mental health service delivery, and all of us in this era of increasingly integrated care. The findings could lead to better dissemination of existing evidence-based treatments and new modalities of treatment for some psychiatric disorders delivered at a distance, even if the patient is not particularly geographically isolated.”