Telemedicine Could Save $6 Billion Per Year 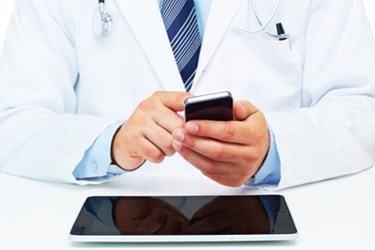 Analysis by Towers Watson has found telemedicine could save $6 billion dollars in healthcare services.

A recent analysis by Towers Watson, a professional services company, suggests telemedicine has the potential to save the healthcare field $6 billion a year.

"While this analysis highlights a maximum potential savings, even a significantly lower level of use could generate hundreds of millions of dollars in savings," said Dr. Allan Khoury, a senior consultant at Towers Watson in a press release. "Achieving this savings requires a shift in patient and physician mindsets, health plan willingness to integrate and reimburse such services, and regulatory support in all states."

Health Data Management reports 37 percent of employees surveyed said they expect their employer to offer telemedicine services by 2015. Another 34 percent said they expect to see it as an alternative to emergency visits and office visits by 2016 or 2017. Twenty-two percent of employers currently offer these services. Towers Watson expects the percentage of employers offering telemedicine to rise from 22 percent to 37 percent, a 68 percent increase.

“Among the many barriers to providing care via telemedicine, perhaps the biggest obstacle is the lack of reimbursement for telehealth services. To address the problem, a bill has been introduced in the U.S. Senate that seeks to expand telehealth coverage for Medicare beneficiaries and other patients in underserved areas,” reports Health Data Management. “A companion bill to legislation in the House, the Telehealth Enhancement Act of 2014 would waive statutory Medicare restrictions on telehealth services in order to encourage greater use of telehealth technologies.”

"With both insurance companies and employers encouraging its use, telemedicine is going to have a growing role in the spectrum of health care service delivery. We're also likely to see that it's just the tip of the iceberg. Telemedicine is just one piece of a broader telehealth spectrum that includes video, apps, kiosks, virtual visits, wearable devices and other advancements," concluded Khoury.