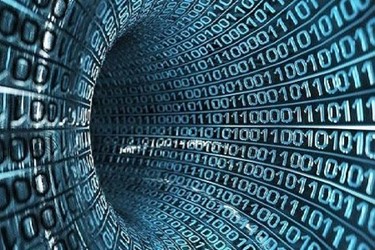 According to the American Telemedicine Association, more than one-half of U.S. hospitals now have a telehealth program in place. Overall, 71 percent of healthcare providers are using telehealth or telemedicine technologies to provide medical services in ambulatory and inpatient settings. Telehealth produces a deluge of data, including vital sign and symptom collection from patients, leading some healthcare providers to worry that critical information may get lost in the coming data tsunami which might provide a basis for medical malpractice complaints. Yet the telehealth market is predicted to grow by 14.3 percent to hit $36.2 billion by 2020, up from $14.3 billion five years ago, and almost 75 percent of Americans report that they are willing to schedule a telemedicine appointment as an alternative to traditional medical services.

Telehealth data has a variety of important uses beyond the diagnosis and treatment of each patient, both for individual health organizations and population health research. Without modern data management technology, there is no efficient way to analyze the data aggregated from large patient populations or ultimately use it to support data-driven healthcare decisions. Patient information is stored in data centers with varying levels of security and most healthcare data centers have HIPAA/HITECH certifications. However, these certifications do not guarantee patient record security. Moreover, there is another pressing security issue: the physical resilience of the data center itself.

A useful analogy to help healthcare and telemedicine practitioners better understand the protection that underground data centers provide to mission-critical assets and data is to consider the structure of the human body. The organs that are critical to a human’s functionality are located inside the body, protected by walls of bone, muscle and skin. Without this surrounding fortification, vital organs would become vulnerable to outside forces, increasing mortality. Similarly, when compute, storage and networking components occupy a resilient underground data center, telemedicine data is protected from both natural and man-made assaults on its functioning. This ensures that this vital information can remain available to healthcare practitioners in order to provide better health outcomes for all. Before we consider the underground option, let’s take a look at other criteria.

Data centers typically occupy business campuses or industrial space, and yet their needs are very different from office and industrial uses. For one, the availability of ample, affordable and reliable power is a necessity. Equally important is the connectivity of the facility’s infrastructure, since the information that a data center stores, manages, and disseminates needs to flow in and out of the facility, optimally via multiple high speed Internet backbones, providing high levels of bandwidth and low latency connections. Connectivity to multiple redundant backbones from different providers also means that if one connection goes down, a data center will remain online and available, and data generated by telemedicine technologies can still be transmitted and received by the healthcare provider, specialist or patient end user.

As with any real estate decision, location matters. While it might seem self-evident, a critical but often overlooked factor for deciding where to locate a data center is the likelihood of a natural disaster. Regions where earthquakes, hurricanes, tornados and floods are commonplace present vulnerabilities that are definite operational risks. If a telemedicine provider entrusted its data to a colocation facility in a disaster prone area and Mother Nature struck, the health and well-being of patients who rely upon rapidly transmitted information to their medical providers — including X-rays, MRIs, and video-exam clips —would be in great peril.

Consider what occurred six years ago when Hurricane Sandy ripped her way across New York, New Jersey, and Connecticut, catching many data centers unprepared. New York City data centers, in particular, suffered outages because the local utility shut off power to mandatory evacuation areas in Lower Manhattan. This meant that data centers in the New York metro area had to shut down their cooling systems to keep their generators running and customers online. One data center resorted to manually hauling diesel fuel up 17 flights of stairs to backup generators located on the roof. Many data centers in the region simply went down and took their customers with them.

To withstand the threat of natural and man-made disasters, data center operators have been retrofitting underground bunkers and even abandoned mines into functional data centers for many years. Seated deep beneath the Earth’s surface, the surrounding rock creates a natural shield from extreme weather events that could make an above-ground data center vulnerable to an outage event. Some underground facilities provide sufficient physical resilience to withstand a nuclear attack. Additionally, since subterranean temperatures are naturally regulated, cooling costs are reduced, a savings that is passed down to customers, including telehealth providers.

Springfield, Missouri; Montgomery, Texas; Stockholm, Sweden; Ash and Newbury, UK; and Gstaad, Switzerland are just some of the subterranean data centers that have been retrofitted from underground mines or military complexes around the world. The most fortified underground data centers implement multi-layered security access methods, including visual inspections from multiple 24x7 guard stations, keycard access, video monitoring and biometric scanning. Additionally, best practices incorporate mantraps and restrictive access policies for each customer’s space, providing security within each zone of the facility. The most resilient and optimized subterranean data centers also house critical operations such as power supplies, generators and HVAC units underground to ensure critical components withstand above ground disasters.

The huge volume of critical healthcare information generated by telehealth is creating a data security and availability challenge for healthcare providers, one that is bound to increase as telehealth adoption continues to grow. While traditional data centers often offer HIPAA/HITECH certification, they do not necessarily provide the maximum protection, and can be affected by natural disasters and security incidents, just like any other facility. Underground data centers are the IT infrastructure innovation that can resolve the data protection challenge for healthcare organizations and provide unprecedented assurance that sensitive patient information will be physically protected from any kind of natural or man-made threats.

Michael C. Morey has been serving as President and CEO of Bluebird Network since 2012. With more than 34 years of telecommunications experience, Morey has served as President & CEO of Voxitas, Senior Vice President at NuVox, Regional Vice President of Electric Lightwave, Inc. and held various management positions within his 13 years at AT&T. During his tenure at Bluebird Network, the company has more than doubled in size and was named as one of the fastest growing companies in Missouri in 2015. Morey’s experience and strong management skills proved successful when Bluebird Network received INC 5000 in 2013, 2014, 2016 and 2017 as one of the fastest growing private companies nationally. Voxitas also received INC 5000 recognition in 2007, 2008, and 2009. He also serves on the Board of Directors of INDATEL and the Missouri Telecommunications Industry Association. Morey earned a BS and MBA while attending the University of Southern California.