Study: ACA Repeal Could Mean Loss Of 200,000 Jobs In California 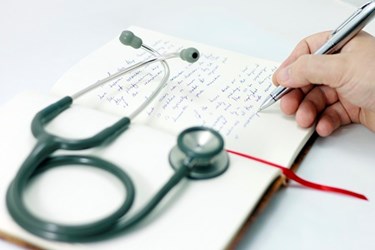 The impact would be devastating for insured and healthcare workers alike.

As Health IT Outcomes reported, President-elect Donald Trump called the ACA both an “economic burden” and a “horror” on the campaign trail, saying he wants to lead the effort to bring “much needed” free market reforms to the healthcare industry. He even pledged to make the repeal of Obamacare one of his very first acts as President, saying, “No person should be required to buy insurance unless he or she wants to.”

Trump’s selection of leading Obamacare critic Dr. Tom Price as the head of the Department of Health and Human Services (HHS) seems to support that move, with Trump calling Price “exceptionally qualified” to lead the move to “repeal and replace Obamacare and bring affordable and accessible healthcare to every American.”

Senate Majority Leader Mitch McConnell has renewed his pledge to repeal the ACA when Congress returns to business on January 3 despite the fact Republicans have no replacement bill in place. McConnell stressed repeatedly the ACA is not sustainable and it was irresponsible to wait for it to implode.

So what could the repeal of the ACA mean in real terms? A recent study, California’s Projected Economic Losses under ACA Repeal, examined how it would affect not only insured but also healthcare workers in California and found it could eliminate 209,000 jobs and cost the state economy some $20.3 billion in GDP. The cuts would be most deeply felt in the Central Valley, where unemployment is already high and residents rely on Medi-Cal for their healthcare. The repeal of the ACA would also mean the loss of $20.5 billion in annual federal funding if Congress ends the expansion of Medi-Cal services.

“California has made tremendous gains since 2014 in reducing inequities in access to health insurance,” says Laurel Lucia, co-author of the report. “If Congress repeals the ACA, those historic coverage gains would be reversed at the same time that Congress cuts taxes for insurers and high-income households.”

Among the study’s key findings:

“While the nation debates whether President-elect Trump saved 730 manufacturing jobs in Indiana, nearly seven times that many jobs could be lost in Kern County (Bakersfield, CA) alone if the ACA is repealed,” said Ken Jacobs, Labor Center chair and co- author of the report.