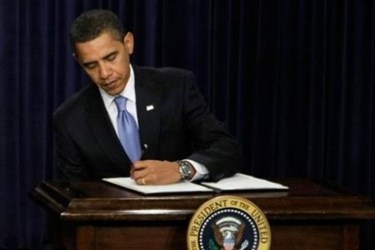 Calling the ACA ‘part of the fabric of middle-class recovery,’ Obama promises to veto changes to law.

In his most recent State of the Union Address, President Barack Obama heartily defended the Affordable Care Act as the key to economic recovery for the nation, pointing to data showing roughly 10 million Americans have gained coverage under the program (including Medicaid enrollees) and that the level of uninsured has seen significant decreases since 2010.

Obama said, “We can’t put the security of families at risk by taking away their health insurance, or unraveling the new rules on Wall Street, or refighting past battles on immigration when we’ve got a system to fix. And if a bill comes to my desk that tries to do any of these things, it will earn my veto.”

As 2015 unfolds, Obama now has to contend with a Congress that is fully controlled by Republicans, posing serious challenges to the President’s agenda. This means debate on the Hill, including the debate over healthcare policy, has become increasingly entrenched in political divisions, especially as the race to 2016 begins.

The most significant challenge to the ACA that will play out in 2015 is the King v. Burwell case scheduled to be heard by the U.S. Supreme Court. The case challenges the insurance subsidies in states that have not created their own exchanges, and The Wall Street Journal reports a ruling in favor of plaintiffs could mean as many as 9.3 million Americans could lose access to subsidies worth some $28 billion in 2016. The Kaiser Family Foundation produced a map detailing how many people would be affected state-by-state.

While Republicans continue to hold onto the goal of repealing Obamacare completely, the primary focus for now it to knock out key pieces of the ACA, as Sen. Orrin Hatch (R-UT), the new chair of the Senate Finance Committee, explained in a speech before the U.S. Chamber of Commerce.

Hatch said, “I’m also realistic. With President Obama in the White House, we’ll never get a full-repeal enacted into law. But that doesn’t mean we should do nothing. While we may not yet be able to repeal Obamacare, we’re going to continue to strike away at it, piece by piece if we have to.” Hatch further said that, among the chief priorities of congressional Republicans, are the repeal of both the medical device tax and the Employer Mandate for employers to offer health insurance.

But Hatch also acknowledged that it was not just about beating back the President’s initiatives. “Let's be clear: it's not enough for the committee or the entire Congress to simply send messages on Obamacare,” Hatch said. “We need to work toward positive solutions on our own.”