Some Hospitals Still Use Paper Records 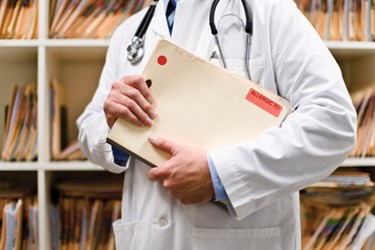 According to HIMSS, 6 percent of hospitals are still using paper records rather than EHR software

“We’re finding that those (providers) not maturing tend to be smaller organizations,” said John Daniels, vice president of strategic relations for HIMSS. Panelists speaking on EHRs in Denver recently explained rural hospitals are already struggling to make an operating profit and the cost of such systems is a challenge even with stimulus dollars.

According to HIMSS, “This is a critical time for health IT. Hospitals and other eligible providers have until 2015 to demonstrate meaningful use of certified Electronic Medical Record (EMR) technology before being penalized. In order to qualify for incentive payments under ARRA, providers must use certified EMRs. Vendors of EMR systems or EMR modules must ensure their products have the features and functionality to be certified, and to enable meaningful use.”

Moving from paper to electronic records is important not just for accessibility but also security. HHS explains, “For paper records, the risk materializes in the form of gaining access to record storage areas; finding records left on counters, exam rooms or copy machines; receiving misdirected fax copies; and other similar events.  Inappropriate access can be accidental or intentional.

No matter what kind of records your organization prefers, all providers must be switched to electronic records by 2015. Forbes explains, “About 37 percent of hospitals are in the final three stages of adoption and the percentage is quickly rising. From the third quarter of 2013 to the fourth quarter of 2014 alone, the percentage of hospitals at the final three stages of adoption rose across the board. Nearly three percent of hospitals are in the HIMSS final stage and no longer use paper charts to deliver and manage patient care.”