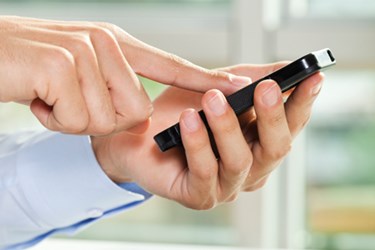 Some features of smartphone apps are more accurate than those of wearable health and fitness devices according to a Penn Medicine study.

When it comes to health and fitness, which is better – smartphones or wearables? A study released by researchers at Penn Medicine found smartphones work just as well to track your activities – and in some cases, they work even better than wearable devices.

“In this study, we wanted to address one of the challenges with using wearable devices: they must be accurate. After all, if a device is going to be effective at monitoring — and potentially changing — behavior, individuals have to be able to trust the data,” said lead study author Meredith A. Case, BA, a medical student at Penn. “We found that smartphone apps are just as accurate as wearable devices for tracking physical activity.”

MobiHealth News explains researchers tested this by having users wear a pedometer, two accelerometers on their waistband, three wearable devices on their wrist, and two different smartphones in their pockets. The smartphones ran a total of four different apps during testing.

Each participant walked on a treadmill set at three miles per hour for 500 steps and 1,500 steps two times. An observer counted the steps using a tally counter. Most accurate overall was the pedometer. The relative difference in mean step count ranged from -6.7 percent to 6.2 percent for the apps and -22.7 percent to -1.5 percent for wearable devices. The most inaccurate device was the Nike FuelBand which counted 20 percent fewer steps than researchers observed.

“Since step counts are such an important part of how these devices and apps measure physical activity, including calculating distance or calories burned, their accuracy is key,” said senior author Mitesh S. Patel, MD, MBA, MS, assistant professor of Medicine and Health Care Management at Penn and an attending physician at the Philadelphia VA Medical Center. “Compared to the one to two percent of adults in the U.S. that own a wearable device, more than 65 percent of adults carry a smartphone. Our findings suggest that smartphone apps could prove to be a more widely accessible and affordable way of tracking health behaviors.”