Should Cell Phones Be Allowed During Surgery? 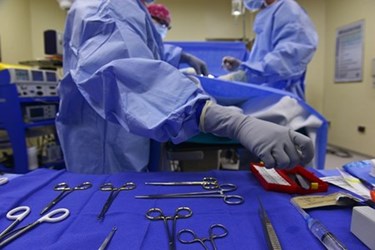 According to iHealth Beat, physicians’ use of mobile devices is becoming a sticky subject for hospitals. Currently, there are no federal regulations or industry wide measures which address cell phone use in either general care or surgery. This means doctors can freely use cell phones in the operating room with no consequences.

As mobile devices become more prominent in healthcare, some are calling for action to regulate their use and ban them from the operating room.

“Sometimes it’s just stuff like shopping online or checking Facebook,” said Dwight Burney, an orthopedic surgeon from Albuquerque told The Atlantic. “The problem is that it does lead to distraction.”

He’s referring to doctors who hide their cells in a drawer or check it when they think nobody’s watching. This practice can lead to medical errors or lax safety procedures, such as forgetting to check a patient’s identity, he said.

In one case in 2011, a woman’s anesthesiologist was sending text messages during her surgery and neglected to notice her dropping oxygen levels for nearly 20 minutes. She died as a result and her family sued the anesthesiologist.

“Once we get into or start using our cellphones, we separate ourselves from the reality of where we are,” said Peter Papadakos, a professor of anesthesiology, surgery, neurology, and neurosurgery at the University of Rochester. “It’s self-evident: If you’re staring at a phone, you’re not staring at the monitors.”

One case of this that made national headlines was last year when Joan Rivers died after going into cardiac arrest during surgery. Although it could not be tied to the cause of her death, one of her doctors had been taking pictures of the procedure with his cell phone.

It would be simple to ban cell phones from the OR, but some doctors and nurses claim they can actually provide assistance during procedures. They allow staffers view patient information and lab results on the fly or communicate with colleagues in other parts of the hospital during a surgery. But as one doctor pointed out, monitoring cell phone use would be nearly impossible, “unless you’re videotaping or monitoring all persons at any time of the day.”