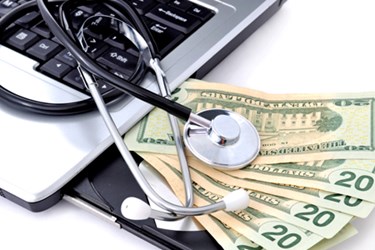 The 27-page report concludes by acknowledging, “Transformations in health IT will significantly change how health care is provided in this country.” It also states, “The details of federal law and regulation may be inadvertently incentivizing unworkable, incoherent policy goals that ultimately make it difficult to achieve interoperability.” The Senators call for a “reboot” of the federal electronic health record (EHR) incentive program with the creation of a system that allows seamless sharing of EHRs in a manner that appropriately guards taxpayer dollars as a stated goal. They list the following as implementation deficiencies must be addressed in order to meet that goal:

Reaction to the white paper has been, predictably, wide spread.

HIMSS, in a letter signed by Willa Fields, DNSc, RN, FHIMSS, Chair, HIMSS Board of Directors, Professor, School of Nursing, San Diego State University and H. Stephen Lieber, CAE President/CEO, HIMSS, notes, “As of March 2013, almost 6,000 hospitals and more than 390,000 providers have registered for the Medicare and Medicaid EHR Incentive Program. In addition to the ample evidence from the federal agencies on the significantly increasing rates of adoption of EHRs across the Nation, HIMSS Analytics’ data shows that Meaningful Use is definitely and positively affecting EHR adoption in this country.”

HIMSS goes on to address each of the five concerns expressed by the Senators before concluding, “When properly utilized, health IT can be an impactful tool to improve care delivery and care coordination goals. Examples of the successful use of health IT is evident in the case studies of HIMSS Nicholas E. Davies Award recipients. These hospitals, clinical practices, and public health settings are utilizing EHRs and other health IT solutions to improve the quality of life and care delivered for patients and providers in their communities. The challenge is ensuring these success stories are transferable to provider settings across the U.S.”

In the same story, iHealthBeat references a letter written by the Texas Medical Association (TMA) that calls the meaningful use program “much needed,” writing “TMA said that the program has helped boost the percentage of Texas physicians using EHRs from 25% in 2005 to 60% in 2012.” It also notes the TMA feels “interoperability remains ‘extremely difficult.’"

The TMA letter, signed by Joseph H. Schneider, MD, MBA, Chair, ad hoc, Committee on Health Information Technology, also addresses the Senator’s five bullet points item by item and notes, “TMA is extremely concerned about the ability of physicians to accomplish all of the various programs that CMS has scheduled for the next few years. We are particularly concerned about ICD-10, which will require expensive implementation of a coding system that will be outdated in a short period of time. Implementation of ICD-10 is generating a huge disruption at exactly the same time that we are trying to achieve the interoperability that we all desire.”

The College of Healthcare Information Management Executives (CHIME) issued a press release in response to the Senator’s request for feedback, writing, “While we share some of your concerns with the current state of interoperability, we strongly believe that EHR incentive payments under the policy of Meaningful Use have been essential in moving the nation’s healthcare system into the 21st Century. Through the EHR Incentive Payments program, CMS and ONC have begun to mitigate a fractured and incompatible state for EHRs.”

CHIME goes on to write, “Given the nation’s increased adoption of EHRs, the increased investments in interoperable solutions, and the early-stage transformations encountered every day by our members, we remain convinced that the trajectory set by Meaningful Use is the correct one.”

The Consumer Partnership for eHealth, on behalf of 14 other organizations, responded to Reboot by writing, “Health IT is the essential foundation for both improving health outcomes for individuals and populations, as well as lowering costs. These goals simply cannot be achieved without it.” It went on to write, “Through the Electronic Health Record (EHR) Incentive Program (commonly known as Meaningful Use), Congress provided the nation with the necessary tools to transform American health care from the current fee-for-service model to one that rewards outcomes and quality care. Meaningful Use is just beginning to pay off – and it is only in its first, and by design, most basic stage.”

Also weighing in was the American Medical Informatics Association, which wrote it “does not believe that long-term funding of EHR systems by government is required.  Rather, the combination of widespread adoption of EHRs, movement toward genuine interoperability that improves care, incorporation of the EHR into clinical workflow, and patient expectations of an interconnected and responsive healthcare system will drive HIT use in the marketplace.”

Finally, the American Medical Association wrote in its response, “The Meaningful Use (MU) of Electronic Health Records (EHRs) Program has provided unprecedented financial incentives to help physicians purchase EHRs. The AMA continues to support the need for these incentives as the steep financial costs of EHRs represent one of the biggest barriers to widespread adoption among physicians and other health care providers.”