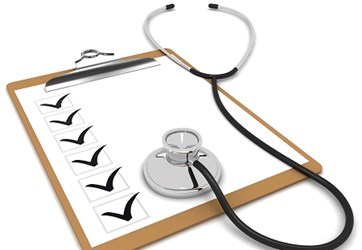 A pilot program featuring HealthSpot kiosks in San Diego has received rave reviews from both doctors and patients.

In San Diego, a pilot program of Health Spot kiosks has seen great success and received high reviews from users. Health IT Outcomes reported in October that HealthSpot, part of the Mayo Clinic, was launching pilot programs around the country.

“We are excited to offer innovative healthcare technology locally and to leverage resources across our system to better serve our patients. You’ll avoid waiting and time away from work, and still get the continuity of care you need from people you trust. This should decrease absenteeism, lower costs and increase wellness, a win-win for employers and employees when fully deployed,” said the organization at the time.

In San Diego, mHealth News reports that a single kiosk located in the San Diego County office building provided appointments for 436 people in nine months. According to HealthSpot, every patient seen through the kiosk rated that experience as the same or better than what they would have gotten at a doctor's office. They gave it high marks for convenience, access and service, and said they'd recommend it to friends.

"I actually found it to be a little more enjoyable because I didn't feel rushed," says Ciara Webb, who used one such kiosk to receive a diagnosis and prescription for bronchitis during her busy day, "and it was a more personable experience.

Elaine Pitpit, a services manager for the San Diego County Human Resources Department, explained that the kiosk was never crowded and those using it "really like how much time they had with a doctor." Although initially, the seven or eight patients per day had concerns with the sanitation of the kiosk, a video that explains how UVC light is used to clean it put their worries to bed.

U-T San Diego reports that despite these positive results, experts like Jim Grigsby, a professor of medicine at the University of Colorado who has studied the evolution of telemedicine for decades advises that this may not be as good as it seems. When it comes to the nearly perfect reported satisfaction rate, “he takes those kinds of numbers with a grain of salt. Perceived satisfaction with a visit to the doctor is generally a function of whether a patient feels their medical problem was solved,” explains U-T San Diego. “Because a system like HealthSpot diverts more serious indications to in-person visits, the problems that do get seen in the virtual exam room tend to have easier — and thus more satisfying — solutions.”