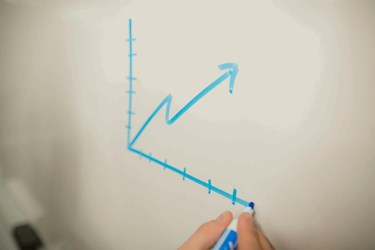 Erasable whiteboards are useful for the classroom, where lessons change and teachers need the ability to erase old notes and write new ones with ease. In a hospital operating room, for keeping track of surgical sponges, not so much.

If ever there was proof of that, it came in the form of four medical-malpractice lawsuits that were filed recently within days of one another, making news headlines from Oklahoma City to Saginaw, MI. Those lawsuits stemmed from surgical sponges left inside patients when they were stitched up following a variety of operations, ranging from an anterior cruciate ligament repair in the knee to open-heart surgery.

Even as these medical-malpractice lawsuits are being litigated, a Johns Hopkins University study released in May further underscored the danger of going under the knife. Johns Hopkins patient-safety experts calculated more than 250,000 deaths annually in the U.S. are a result of medical errors, making it the third-leading cause of death in the country behind heart disease and cancer.

As reporter Bill Hemmer noted on an hour-long Fox News Channel documentary, Beware: Danger at the Doctor, “When we visit the hospital, we hope to be cured, not get sicker or possibly worse. But what if one of the biggest threats is the world of medicine itself?” Regrettably, it was not just a rhetorical question.

Other research has shown retained foreign objects are the number one reported surgical “never event,” which despite the term occurs an estimated 10 to 12 times per day. Many healthcare professionals acknowledge these statistics are likely low since these retained surgical-sponge incidents are also one of the most “underreported” in healthcare as well.

One recent medical-malpractice lawsuit involving retained sponges was filed in mid-March in Oklahoma City against a community hospital by a young woman who underwent “routine” knee surgery in 2014 after hurting herself playing soccer.

The fever and infection that followed was a tipoff that something wasn’t right. Three additional operations followed the surgery to remove the sponge. An avid runner before all of this, the woman, in her early 20s, had her hopes of ever competing in a marathon dashed.

The challenges of manually trying to keep an accurate count of the number of sponges used in a surgical procedure are self-evident. In the fast-paced, high-pressure environment of the surgical suite, it’s all too easy to neglect to precisely tally every sponge used while multi-tasking, having a staff member verify the count, and tracking numbers on a whiteboard.

The risk of losing track in this manner is especially high in the case of complex surgeries lasting many hours and utilizing large numbers of sponges (often exceeding 100), with perioperative staff fatigued by the time the final sutures are completed. The risk of false-correct counts can be caused by distraction, exhaustion, and/or personnel changes.

Take the case of a Michigan man who lived for eight years with a sponge inside him after cardiac surgery in 2003 in Saginaw. The sponge was discovered by an x-ray in an unrelated matter in 2011. News reports of the March lawsuit quoted the patient’s family’s attorney as saying that 40 sponges were used in the operation, but only 39 were removed.

Complex medical procedures employing high-tech surgical equipment should not be backstopped with only a low-tech whiteboard and eraser. That’s why professional organizations from the Association of periOperative Registered Nurses (AORN) to the Joint Commission to the American College of Surgeons recommend the use of adjunct technology to supplement and verify the manual count.

There’s no longer any reason not to add a digital safety net. In fact, the need to address the problem of retained sponges — with an average $600,000 cost in terms of corrective surgery, indemnity payments, and legal fees — should be front of mind for medical professionals and hospital executives alike.

No technology or process can prevent medical mistakes in every situation, but it can be an important second line of defense against the risk of retained surgical sponges.

With highly reliable technology available to hospitals and surgeons, and the potential cost of ignoring it so high (as we’ve seen from the recent spate of medical-malpractice lawsuits), reliance on whiteboards alone should be left to the classroom.