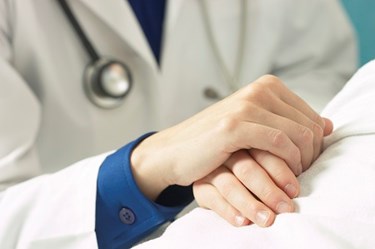 According to the National Academies of Sciences, Engineering, and Medicine (NASEM), most Americans will suffer at least one medical misdiagnosis in their lives, and the consequences can be devastating. Diagnostic errors contribute to approximately 10 percent of patient deaths in the U.S. and account for up to 17 percent of all hospital adverse events, but according to the NASEM, “Health IT has the potential to support the diagnostic process through clinical decision support (CDS) tools.”

Physicians have long approached diagnoses as a mixture of art and science. CDS is a means to bolster the science portion by providing a broader clinical view of the patient, including clinical details from ambulatory EMRs and the systems of labs, radiology departments, and more combined with evidence-based best practices. CDS systems operate mainly in the background of an EMR, monitoring clinical documentation as it is being entered, and issue alerts when information, often not available at the point of care, suggests a different course of action. In certain instances, these alerts can mean the difference between a timely and accurate diagnosis and a potentially dangerous diagnostic error.

Impact In The Emergency Room
While diagnostic errors can occur in any clinical setting, CDS can perhaps have the greatest impact in the Emergency Department (ED). Because the ED is a fast-paced environment in which patients often present with what appear to be similar conditions, clinicians can tend to quickly explore the most apparently obvious care path. CDS can help ensure serious conditions aren’t overlooked.

For example, an ED patient may complain of chest pain, shortness of breath and other symptoms suggesting an apparent pulmonary embolism (PE), but as physicians prepare the patient for a lung scan, the CDS system can calculate the patient’s risk of PE based on presentation details and recent lab results, as well as weighing data regarding other potential diagnoses. If the findings indicate a very low PE risk but a high risk of myocardial infarction (MI), the CDS may suggest the ordering of a non-invasive blood test to rule out PE while further investigating the possibility of a heart attack.

Improved Use Of Imaging
In addition to refocusing the diagnosis and directing physicians to order the proper tests, CDS in the PE example can prevent an unnecessary lung scan. Consider the patient presenting with dizziness, a symptom that could be suggestive of stroke or a number of other health problems. Because an MRI is an extremely expensive test compared to a CT scan, protocols may direct physicians to order a CT scan to rule out stroke as standard approach. But if the patient is actually having a stroke, the CT scan may miss it, and the more effective course would be to immediately proceed to an MRI. Some research has shown that CT may not be as effective as an MRI for diagnosing a stroke.

Clinicians are in a bind, though. They shouldn’t order MRIs instead of CT scans to rule out stroke on every patient, as that would increase the number of MRIs that proved to be medically unnecessary. However, clinicians are also under pressure to make quick, accurate diagnoses.

CDS can assist clinicians with resource realignment in both aspects by suggesting MRIs for the smaller percentage of patients whose overall clinical picture indicates a higher risk of stroke, in turn avoiding what would yield an unnecessary CT scan. By increasing the chances of correctly identifying stroke more quickly, the MRIs suggested by CDS can reduce substantial costs that could result from a delayed intervention for stroke.

Avoiding Catastrophic Misdiagnoses
CDS systems can assist with diagnoses of life-threatening developments that are not easily observable. This is especially true of the onset of sepsis after a patient has been hospitalized. As clinicians continue to administer care according to an initial, correct diagnosis such as acute appendicitis, the CDS system can continuously monitor the patient.

If the patient exhibits small signs of deterioration, such as white blood cell counts that slowly rise in lab tests and a slight trend toward hypotension and fever, CDS can alert clinicians to the possibility of sepsis development and the need for immediate intervention. CDS can similarly assist with early oncology diagnoses for which time is of the essence.

Bringing Useful Intelligence To The EMR Function
The way electronic medical records are structured today, especially in the ED, tends to focus clinicians on a specific pathway beginning with initial symptom profiles. CDS balances that with a more fully informed clinical view of the patient. It can also adjust biases that may lead to a specific line of thinking.

Clinicians tend to use “heuristics” to form provisional diagnoses, especially when evaluating common sets of symptoms, but cognitive psychology has shown these create a risk of bias pitfalls, such as an overreliance on past experience, first impression or collateral information. For example, ED physicians may be less prone to immediately diagnose MI for a slim, 40-year-old female than for an overweight, diabetic 65-year-old male, though both present with similar symptoms, and either patient may in fact be suffering a heart attack. A patient with a heroin addiction who presents with abdominal pain may be diagnosed with opiate withdrawal, while there was actually an underlying bowel perforation.

By taking into account the full clinical picture of the patient, including information not always readily available within the ED, and with no anchoring bias regarding observed conditions, the CDS can issue an appropriate alert to consider key factors that may otherwise be overlooked. The diagnosis is still the authority of the clinician, who makes the call with a combination of art and science — and with additional information on which to base a medically sound diagnosis.