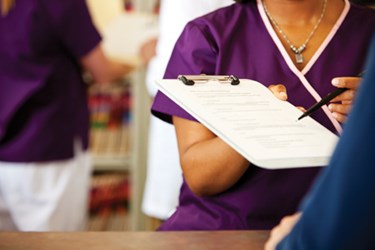 At first glance, the recent work of Recovery Audit Contractors (RACs) to recover inappropriate Medicare payments has been an overwhelming success. In 2011 alone, audits conducted by RACs corrected $939.3 million in improper payments, according to a report issued by CMS. But has this success come with misplaced aggressiveness? On June 25, two healthcare providers testified at a Senate Finance Committee hearing that Medicare’s RAC program imposes an unnecessary burden on many legitimate hospitals and physicians.

A recent Kaiser Health News article gives a good rundown of the grievances. For example, when Medicare or RACs decide that a patient who was admitted should have been in observation care instead, the hospital can lose the entire Medicare inpatient payment. What’s more, Medicare may then even refuse to pay for the observation services.

Another result of RAC aggressiveness is that hospitals are spending large amounts of time and money dealing with appeals. The article reports that the Billings Clinic in Montana spends roughly 8,600 work hours and $240,000 each year for internal staff to manage RAC audits.

Jennifer Carmody, director of reimbursement services for the Billings Clinic in Montana, told the committee that the aggressiveness of RACs also causes physicians to put more patients into observation status, simply “out of fear of an inpatient denial.” Carmody went on to say, “RAC denials eliminate payment for medically necessary services rendered to patients simply because of a disagreement about the admission status.”

Also testifying about the burden on physicians and healthcare providers was Suzie Draper, VP of business ethics and compliance at Intermountain Healthcare in Salt Lake City. “Intermountain has had many hearings and received denials based on the outcome of a patient’s treatment, not on the original intent of the physician at the time of the admission,” she said.

Draper went on to say, “If a patient’s condition indicates to a physician that an inpatient admission is called for, but the patient subsequently improves more quickly than the original expected length of stay, the RAC will in hindsight determine that the physician’s original assessment was incorrect. Providers who have worked diligently to improve patient outcomes so that patients improve rapidly are essentially penalized for their efforts to improve patient care and shorten length of stay.”

Carmody suggested several ways in which CMS could improve the RAC program and fix these problems, some of which are detailed by Bloomberg BNA. According to Carmody, CMS should issue clear guidelines on coding and billing criteria, limit the number of medical records RACs can request, stop RACs from continuously auditing claims with low-error rates, and make the RAC process less adversarial.

While the Finance Committee believes that the success of the RAC program needs to continue, they expressed concern about the problems the program poses on providers. In a press release from the Senate Committee on Finance, Senator Max Baucus offered the following steps that Medicare should take next: incentivize private contractors to focus on the more at-risk providers, bolster provider education, and make the appeals process more efficient.

Sen. Orrin Hatch, quoted in Kaiser Health News, said, “There is a lot of unrecovered money still out there, and RACs are an important component in the effort to get some of that money back where it belongs. But we need to make sure they are going about it the right way.”