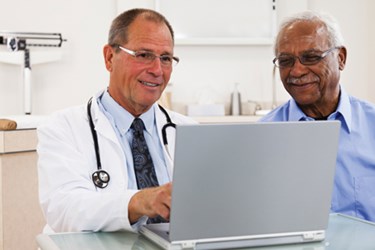 Data from the ONC shows that while health information exchanges have pros and cons, providers are generally optimistic when considering them.

The ONC’s latest report - National Health Information Exchange and Interoperability Report - found that, although participation in a health information exchange (HIE) has both positive and negative outcomes, most providers are confident that HIEs will benefit them.

“In 2013, before Stage 2 began, nearly four in ten physician providers were able to electronically transmit any sort of data with other providers,” explains EHR Intelligence.  “HIE within organizations was more than twice as prevalent as data exchange with external partners, and providers were 8.5 times more likely to exchange data internally than with unaffiliated hospitals.  For physicians, the relatively low rates of HIE adoption may be due to a general feeling that the investment in time and resources is not always worth the rewards.”

In 2013, one-third of physicians were able to exchange different types of data. These included:

“Interoperability measurement will be a key focus going forward,” the report concludes.  “Data show growth in exchange capability and activity, but also show there is substantial room for improvement.”