Procurement Digitization: The Key To Price Transparency And Healthcare Transformation 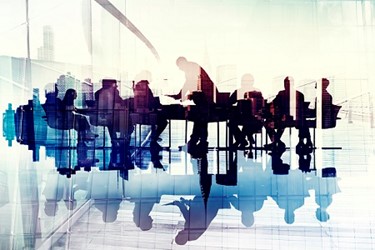 Cost information in healthcare is not only opaque to patients, it’s also unclear to providers.

Healthcare continues to be a source of major concern in the United States, with recent polling indicating it is the number one issue to voters in the 2020 elections. Availability and cost, which are closely related, are the key reasons for this. Despite greater past media attention on pharmaceutical pricing, the single greatest contributor to overall healthcare costs (a whopping 18 percent of the U.S. gross domestic product, or $11,172 per person in 2018), is actually hospitals. As a result, there has been growing attention on hospital pricing. The issues involved are more complex than they may appear but, fortunately, there is a clear path to improvement for both hospitals and patients.

Various factors frustrate patients when it comes to hospital pricing. The high overall cost of hospital care is naturally top of mind, but so is the lack of transparency and predictability. The calculation of costs used in setting hospital prices is just about impossible for any outsider to follow. Not only that, even after they’ve been calculated, hospital service prices are almost never made public. As a result, price comparison – a cornerstone of the market economy – is simply unavailable for those seeking healthcare. Patients are left feeling anxiety over final costs and, at times, with large, unexpected bills.

Five years ago, Blue Cross Blue Shield of North Carolina made news when it decided, like the Centers for Medicare & Medicaid Services before it, to publish the prices it pays to specific sites of care for specific procedures. Their decision was controversial because the costs of hospitalization, as well as many of the services offered, are calculated differently by different hospitals. It is not just that prices vary significantly, but also the bundling of services included in specific items varies, which can make side by side price comparisons deceptive.

Regardless of how the calculations are made, the results turn out to be expensive. However, the issue cannot be simply explained as one of price gouging by hospitals. It is the high and growing cost structure, driven by inefficiencies, that leads to high prices. For example, approximately 85 percent of upstate New York hospitals operate at a loss. Thousands of jobs for doctors and nurses remain unfilled. Their patients are older and sicker, but the state and federal governments combined pay only about 70 percent of their healthcare costs. Caregivers struggle to spend enough time with patients and still maintain profitability. Hospitals and patients both suffer from the current inefficient system.

With greater media attention, change is coming. This past November, the Trump administration announced that starting in 2021, it would require hospitals to publicly disclose the discounted prices they negotiate with insurance companies as part of a broader push to make healthcare markets more transparent to patients and increase competition. The administration also unveiled a proposed rule requiring insurers to allow patients to get advanced estimates of their out-of-pocket costs before seeing a doctor or going to the hospital. The Democratic Presidential candidates each have varied, and, in some cases, drastic plans to overhaul healthcare. Such mandated changes may seem advantageous to patients, but to have a real impact, they must address the underlying problems.

Unsurprisingly, the healthcare industry is pushing back against mandated changes. Maintaining that negotiations with insurers are confidential, major hospitals have said they would challenge disclosure mandates in federal court, comparing the order to forcing private parties to reveal trade secrets. In Ohio, a state law requiring price transparency that passed two years ago is still tied up in the courts. When the Trump administration tried to require pharmaceutical companies to disclose the list price of their drugs in television ads, courts blocked the regulation.

Regardless of whether hospitals or politicians prevail in these arguments, the reality is that hospitals need to transform their approach, for their sake and that of their patients. Too much time is spent on paperwork. Many processes are inefficient. Calculating the costs associated with a hospital stay truly is difficult. For example, a lot of legacy hospital data systems are still in use, each with its own characteristic quirks and limitations. Many of them don’t integrate well with hospitals’ third-party networks.

Innovative hospitals have realized that digitization, in particular of their spend management processes, is critical to improving profitability, patient costs and the experience for all involved. Yet, it is not as simple as simply implementing any quality spend management software. Off-the-self solutions frequently fail to account for complicated rules specific to healthcare, such as the requirement that any consumables be consumed before the hospital can bill for them. Also, while existing hospital technology typically centers around structured data, much of its data is actually unstructured, including handwritten doctors’ notes, Twitter feeds, customer service call notes, and emails. Beyond that, when a hospital system includes acute care facilities, doctors’ offices, stand-alone clinics and other types of assets, imposing a uniform system of spend accounting is especially challenging.

Until recently, all of these issues and more confronted the managers of Baylor Scott & White Health, Texas’ largest not-for-profit health system. With 48 hospitals and more than 1,000 other access points including academic medical centers, the system’s 44,000 employees offer the full continuum of care to more than 12 million patients a year.

At the same time, with more than 40,000 suppliers, accurately tracking purchases and billing patients was a massive undertaking that frequently pulled caregivers’ attention away from patients. The large organization also was not effectively leveraging its scale, with individual hospitals purchasing the same items at their own negotiated prices rather than negotiating corporate level contracts. So Baylor Scott & White’s leaders decided to overhaul their approach. The initiative included the deployment of an innovative e-procurement platform to enable full digitization of their supply chain processes, transforming their procurement and account payable processes into virtually paperless operations.

By ensuring the new system supported all spend categories, including unique processes involved with surgical devices, Baylor was able to drive significant gains in efficiency and transparency. Automated patient billing pass through, patient product tracking and PO and invoice processing are now in place. Relieved of paperwork, caregivers are able to spend more of their time with patients, improving care and capacity for more patients while simultaneously reducing overall costs. Digitizing contracts improved visibility and supported corporate-level contracts that leveraged full scale to negotiate better prices. The digitized collaboration with suppliers also delivered efficiency improvements outside the hospitals to the broader supply chain as well.

Bottom line, changing its approach and transforming its supply chain enabled Baylor to improve its operating margin from 3.2 percent in 2017 to 7.2 percent in 2019 while improving patient care, resulting in a generation of $92M in value to the organization. That is the type of transformation hospitals need to position themselves for success, regardless of what legislative changes may come. If more hospitals took such initiative, the strains on our overall healthcare system, and the pressure for legislative solutions, would be greatly reduced.

Alex Saric is CMO at Ivalua.