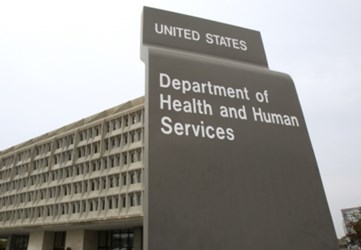 Stakeholders weigh in on the confirmation and the future of Obamacare.

Georgia Representative Tom Price has been confirmed as head of the Department of Health and Human Services (HHS) by a Senate vote of 52 to 47, leaving many stakeholders concerned as to what his selection could mean for the future of Obamacare. The confirmation hearings were filled with debate not only about his health policies, but also on his ethics and investments.

Many in healthcare are heartened by the selection of an actual doctor for the post, with Senator Michael B. Enzi (R-WY) saying Price was “one of the most capable, well-prepared individuals that President Trump could have chosen. Who better than a doctor to head an organization that covers the wide variety of major healthcare programs?”

The confirmation of Price marks the first physician to take the role since the resignation of Dr. Louis W. Sullivan in January 1993.

The vote followed party lines, and Democrats argued Price’s ethics and investments are problematic, providing clear conflict of interest in his role as head of HHS. Price denied any wrongdoings during his confirmation hearings.

Price has also been a vocal opponent of the Affordable Care Act, and Democrats believe he will lead the charge to repeal it. Replacing President Barack Obama’s healthcare law is “one of the things he’s going to lead the charge on as secretary of HHS,” said Jason Miller, a Trump transition team spokesman.

According to ABC News, President Donald Trump says Price “is exceptionally qualified to shepherd our commitment to repeal and replace Obamacare and bring affordable and accessible healthcare to every American.” Price said in a statement, “There is much work to be done to ensure we have a healthcare system that works for patients, families, and doctors.”

Meanwhile, The Workgroup for Electronic Data Interchange (WEDI) has issued a statement saying Price’s appointment “serves as opportunity to advance health information technology issues.” They are taking the confirmation as a positive sign for the future of healthcare, stating, “Dr. Price is the first practicing physician to hold the position of HHS Secretary since Dr. Louis Sullivan was confirmed in 1993. At that time, Dr. Sullivan created WEDI as a vehicle to bring the healthcare industry together in a collaborative environment to identify and promote opportunities to simplify administrative processes through use of electronic standards.

“Dr. Price brings to his position a comprehensive knowledge of health information technology and a thorough understanding of the policy development process. These skills will be critical as we assert that significant work still remains before the industry achieves full optimization of health IT for both clinical and administrative purposes. We look forward to working closely with Secretary Price and his leadership team to advance the efficient and effective use of health IT to improve the nation’s healthcare delivery system.”