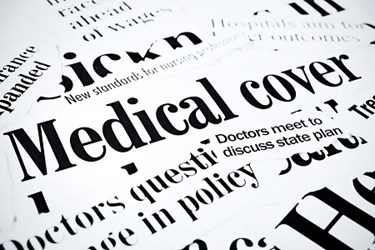 Many providers have been very vocal as of late with their displeasure about a CMS rule which they say will increase the chances they won’t be reimbursed for the services they provide.

According to California Healthline, the new rule will benefit patients who fail to pay their premiums on time by granting a 90-day grace period before insurers are allowed to drop their coverage. As the situation currently stands, the rules on premium payments vary by state. In some states, insurers need to give consumers a 30-day grace period before dropping their coverage. In others, insurer’s can drop coverage without notice.

With the new 90-day rule, insurers must reimburse providers during the first 30 days of the grace period. However, if a consumer fails to pay after 90 days and coverage is dropped as a result, insurers will not be required to reimburse any of the services of the last 60 days of the grace period. To be reimbursed for these services, providers will have to look directly to the patients who have just had their coverage dropped for non-payment of premium.

The Washington Post reports that even the provision that insurers would pay for the first 30 days, while providers would pay for the last 60, was a concession made only after insurers voiced their displeasure with the rule. The article quotes Sheryl Skolnick, analyst for CRT Capital Group LLC, who says, “Hospitals are right to be worried,” and that the goal of the health law “was for the hospitals to no longer be the insurer of last resort. There must be some other solution than putting this on the back of the hospitals.”

CMS Administrator Marilyn Tavenner has been receiving letters from providers complaining about the new rule. One such letter from William R. Abrams, Chief Executive Officer, Wisconsin Medical Society, and Stephen F. Brenton, President and CEO, Wisconsin Hospital Association, reads in part, “Physicians, hospitals and other health care providers cannot reasonably be expected to know or predict if an enrollee’s premiums are paid or will be paid before the end of the grace period.

“And they cannot reasonably be expected to bear the concomitant burden of uncertainty and a potentially significant financial loss. If the current rules cannot be amended or interpreted in a more equitable manner, we fear there will be a widespread reluctance among physicians and other providers to participate in exchange plans.”