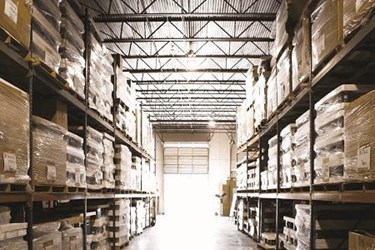 According to a Tractica report, by the year 2021 wearables will be shipping at a rate of 66 million each year.

By the year 2021, more than 66 million wearable devices will be shipping for commercial use each year according to a recent report published by Tractica. “Fitness trackers are seeing large-scale adoption in corporate wellness programs, smart glasses are continuing to experience a growth in trial activity with pilots converting to commercial deployments, and smart watches like the Apple Watch are beginning to gain greater attention from enterprise-focused app developers,” explains the report.

“Innovative new use cases are also emerging, including such diverse examples as wearable cameras in retail settings, smart glasses as an omni-channel sales enabler, and baseball caps being used to track fatigue of workers at mining sites.”

Fierce Healthcare Mobile reports that, in 2015, the number of wearables shipped reached just 2.3 million worldwide. “In the past year, the enterprise and industrial wearables market has moved into an implementation phase, with the focus shifting from public announcements to the hard work that needs to be done behind the scenes to get wearables rolled out at commercial scale,” said research director Aditya Kaul in an announcement.

Over the next five year period, Tractica predicts that a cumulative total of 171.9 million wearables will be shipped for use in enterprise and industrial environments.

Business Insurance reports company wellness programs are seeing the benefits of wearable technology as a way to motivate their employees to move toward a healthier lifestyle. Some companies provide the technology to their employees free of charge, while others encourage them to use their own devices or offer a subsidy toward the cost of one.

Team challenges are also a popular way to encourage participation in the workplace — Target gave free and discounted Fitbits to its 335,000 U.S. employees last year and as motivation put up $1 million to donate to the winning team's favorite charity.