Patients Are Paying The Price For Health IT's Stumbles 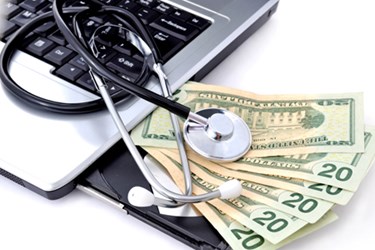 While the HITECH Act of 2009 — part of the American Recovery and Reinvestment Act (ARRA) economic stimulus bill — put much-needed emphasis on healthcare, particularly the role information technology (IT) should play in it, the reality is we have been left with a promise unfulfilled. Today, doctors are less productive than they were before, and IT is the culprit. Rather than enabling a better, more streamlined workflow, IT has become a burden.

The problem is well documented. According to a report from AmericanEHR Partners and the American Medical Association (AMA), more physicians today report being dissatisfied or very dissatisfied with their EHRs compared to five years ago. The survey on Physician Use of EHR Systems 2014 found more than half of all respondents reported their EHR system had a negative impact on costs, efficiency or productivity.

The 2015 Physician Practice Technology Survey found nearly one in six (15.5 percent) physicians said their most pressing IT problem was “a drop in productivity due to our EHR.” And the 2014 Ponemon Institute/Imprivata Report on the Economic Impact of Inefficient Communications in Healthcare found 36 percent of physicians surveyed said they waste more than half-an-hour every day conducting patient care due to “inefficient systems and workflows.” That’s precious time doctors, under pressure to treat more patients, can ill afford to waste.

To be clear: doctors are not doing less or more; they’re doing the same things and spending more time on them. Doctors often find themselves spending time late at night writing their progress notes or reconciling their patients’ medications —  tasks that with many IT systems can take up to an hour per patient. No surprise, then, physician burnout is a growing problem.

The drag IT is placing on healthcare providers is a principal reason why U.S. Health and Human Services (HHS) Secretary Sylvia Burwell announced with great fanfare at the recent HIMSS16 conference an “interoperability pledge” which vendors and providers alike are encouraged to take. Its purpose, in part, is “to help consumers easily and securely access their electronic health information, direct it to any desired location, learn how their information can be shared and used, and be assured that this information will be effectively and safely used to benefit their health and that of their community.”

This call resonates because the promise of better healthcare through technology has been broken. Technology has changed the way we communicate, the way we shop, the way we watch TV, the way we drive, and the way we interact with our homes. As an industry, healthcare is lagging way behind. And the consequences are drastic. In order for us to deliver the kind of holistic care that will truly improve people’s health it’s time not only to talk about the potential, but to make it a reality for users and providers across the healthcare continuum.

In every other industry in our economy, technology has increased efficiency, reduced costs, and improved productivity. Why not healthcare?

Here’s the reality: we have today what 10 years ago was called a supercomputer in front of physicians  —  a device that knows virtually everything about the patient  —  but it isn’t helping out in ways we take for granted in our everyday lives when we shop online, use Google Maps or order an Uber.

We had to get to the computer first, through widespread adoption of EHRs. Now that we’re here, we have to make the computer an essential tool. It needs to adapt to the way physicians work and seamlessly integrate into their workflow. It should know and suggest things that doctors on their own don’t and can’t already know.

What a physician understands about a patient’s situation — the patient-specific “knowledge base” upon which his/her clinical diagnosis and treatment plan are based — is determined by the information that’s presented on the EHR screen, which points to another problem. Unlike the world of paper records, with its illegible handwriting and overstuffed files, today’s primary obstacles to communication clarity and efficiency are poorly designed data presentation on computer or tablet screens, fragmented information sources, and unwieldy interfaces that require dozens of mouse clicks or screen taps by busy clinicians.

We need to make healthcare work for both doctors and patients — and leverage the innovative, ground-breaking tools we have at our disposal. Information technology should enhance the healthcare experience, not hinder it.

Patients can influence this progress by speaking with their feet. Today, patients have access to a vast body of information — the notes a doctor took, quality of care rankings, the level of personalization provided — and it’s only going to increase. As Lygeia Ricciardi, the former Director, Office of Consumer eHealth in the U.S. Department of Health & Human Services, said, “Getting access to personal health information is the start of engaging patients to be full partners in their care.”

The patient of the (near) future is going to choose alternate care when she experiences poor admin practices, or doesn’t feel a connection with her doctor. And she will know when technology inefficiency negatively impacts her quality of care, whether it’s due to admin issues or diagnosis.

On the technology front, we will start to see a change over the next several years as the HITECH Act-inspired Meaningful Use program winds down and we are able to get back to innovation that’s focused on streamlining physician workflow and improving patient health at the local level rather than complying with government mandates.

*A recent survey by NPR, the Robert Wood Johnson Foundation, and Harvard’s T.H. Chan School of Public Health documented the problem. “Overall, one in seven (14 percent) adults in the U.S. says it has gotten harder to see a doctor in the past two years.” In Texas “nearly a quarter of all … patients have not been able to see their doctor at one point in the past year despite having a primary care physician,” in part because of a shortage of doctors in the state — “while the national average is 236 primary care doctors per 100,000 residents, Texas’ is about 186.”