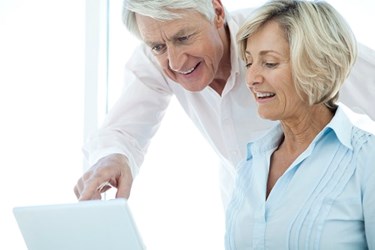 An OpenNotes pilot study has shown allowing patients access to their EHR leads to better medication adherence and a sense of control over their health - now researchers plan to allow patients to add notes to their records as well.

OpenNotes, a project designed to allow patients access to their EHR, is planning to take that concept a step further by allowing patients to make notes in their own records. EHR Intelligence reports that since the study began in 2011 researchers saw an increase in medication adherence after patients were able to read their doctor’s notes. Now, patients will be able to add comments and notes in an effort to collaborate with their physicians on their medical records.

“If you’re a patient, you might have gone to the doctor with an infection and been given antibiotics. So you might write down in this record when your symptoms abated or how you did with the antibiotics,” explained Jan Walker, co-director of the OpenNotes project and a researcher at Beth Israel Deaconess and Harvard Medical School to 90.9 WBUR. “Similarly, you might read in your notes that the doctor reminded you to exercise, and you might keep track of your exercise regime to discuss that with your doctor at the next visit.”

The program is said to be similar to Google Docs, where more than one contributor can work on a document at the same time. The same will likely be true of the OpenNotes interface, so that doctors and patients are able to collaborate and see each other’s notes.

In 2012, a report of OpenNotes published in the Annals of Internal Medicine revealed, “Patients accessed visit notes frequently, a large majority reported clinically relevant benefits and minimal concerns, and virtually all patients wanted the practice to continue. With doctors experiencing no more than a modest effect on their work lives, open notes seem worthy of widespread adoption.”

Work recently published by researchers in BMJ indicate, “This is methodologically challenging; opening notes has a wide range of possible effects, and they will be difficult to isolate. Little is known about the long term effects of open notes, but our observation of implementations by multiple providers shows that clinicians adapt readily.”