One Quarter Of Doctors Not Prepared To Coordinate Complex Care 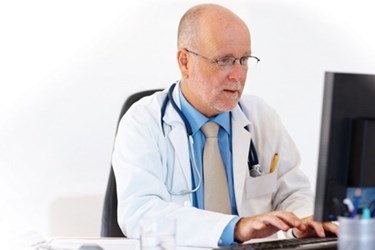 A Commonwealth Fund survey finds physicians are ill-prepared to effectively manage and coordinate care for patients.

One in four U.S. physicians is not prepared to effectively manage and coordinate care for patients with multiple chronic conditions, and 84 percent are not prepared for managing care of patients with severe mental health problems according to a Commonwealth Fund study. This is startling news, particularly in light of the increasing requirements established by The Affordable Care Act and its associated pieces that focus on the shift to value-based care models.

The study also found doctors in every country in a 10-country survey reported that, when it comes to managing patients with complex care needs, they struggle to coordinate care and communicate with other healthcare providers.

The challenge is greater in the U.S. since, despite its younger population relative to other developed nations, the U.S. boasts a higher share of patients diagnosed with multiple chronic conditions, severe mental illnesses, and other significant healthcare challenges, according to the study published by Health Affairs.

The 2015 Commonwealth Fund International Health Policy Survey of Primary Care Physicians surveyed more than 11,000 primary care physicians in 10 countries to compare their experiences in providing care to patients with complex problems, using health information technology, and coordinating care outside of office settings, among other activities.

According to the data, in the U.S., 31 percent of primary care doctors reported being notified when a patient is discharged from the hospital or seen in an emergency department. In the Netherlands, which does best in this area, 69 percent of doctors reported they were always notified at discharge.

The most positive results from the survey came in the area of use of health information technology, where EHR use in the U.S. had tripled since 2006. Fifty-seven percent of U.S. primary care practices reported communicating with patients via email and 60 percent allow patients to access their medical record electronically. Only 52 percent of doctors reported being satisfied with their EHRs, however.

While U.S. primary care practices lag behind some countries in their readiness to manage the care of high-needs patients, the Affordable Care Act has introduced provisions that encourage the healthcare industry to invest in new ways of providing and paying for health care, such as medical homes and accountable care organizations. The authors point out that these efforts are nascent, however, and delivery systems have been slow to respond to them.

Ultimately, the report concludes, in order to ensure affordable, high-quality health care for sick and complex patients, the U.S. needs to bolster its primary care infrastructure, making it easier for patients to get care on nights and weekends, facilitating communication among providers, and enabling access to social services.