93% Of Patients Prefer Doctors Who Email 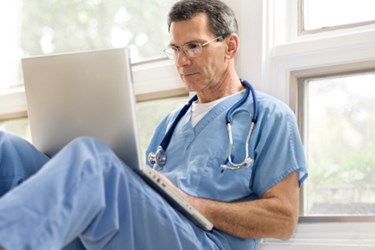 Nine of 10 patients say they prefer doctors who offer email communication with patients, according to a recent survey from Catalyst Healthcare Research. Of the more than 400 patients surveyed, 93 percent said they prefer emailing their doctor. One quarter of those respondents said they would still choose email consultations if there were a $25 consultation fee.

Dan Prince, founder and President of CHR, said in a press release, “It’s not surprising that consumers want digital access to things like test results and making a doctor’s appointment. The Internet is quick and convenient and it’s in the best interest of health systems, hospitals, and physician practices to embrace online options for their patients’ healthcare needs. As healthcare changes, it’s crucial that providers stay relevant.”

According to iHealth Beat, the study split respondents into four categories based on their age:

“Baby Boomers are and will continue to be a huge consumer of healthcare in the United States, so they are an important group of people to listen to when it comes to figuring out how providers and health systems can better serve patients,” Prince said. “In this new study, we are able to see how their views compare to other important groups, including the digital savvy ‘millennials’,” Prince added.