8 Of 10 Employees Would Use Health Tracking Wearables 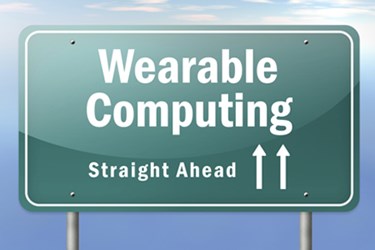 According to a survey, many employees would be willing to use wearable fitness and health trackers at work if their employers added a little incentive.

Wearables might really catch on - if there’s an extra reward for their users that is. According to a Cornerstone OnDemand survey, employees are willing to use wearables to track their health and fitness, as long as their employers reward them.

mHealth News reports researchers saw a 14 percent jump in just one year in employees who said they were suffering from work overload (up to 68 percent) in the 2014 survey. They pointed out that this is an indicator of workplace stress that can lead to health and wellness issues.

“We now live in a world where physical presence is optional, lines between work and life are increasingly blurred by tech, and flex schedules are viewed by employees as a right, not a perk,” said Adam Miller, founder and CEO of Cornerstone OnDemand. “Employers who empower their people to get their work done in the best ways possible, whether it is through policies, resources or workplace culture, are best positioned to attract and retain top talent. Fortunately, cloud and mobile tech is making it easier to intertwine physical and virtual workspaces in ways that still encourage collaboration and connectivity.”

“Workers say they are feeling overloaded and unproductive, but the bigger question is whether their employers know they’re feeling this way,” added Miller. “The survey results emphasize how critical it is for organizations to have a better pulse on their workforce, whether it is gaining the right insight, having the right conversations or enabling the right levels of transparency. The ability to help employees tackle productivity roadblocks and thrive in their roles not only helps businesses to stay competitive but also can increase employee engagement and loyalty.”

The report’s entire findings are summed up in this infographic.