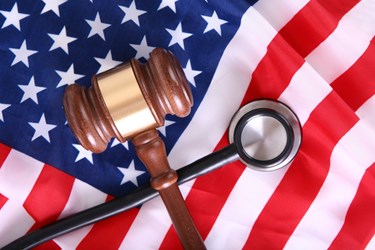 That number, however, comes with some caveats attached.

In a video posted on Facebook, the White House announced that 11.4 million individuals had either signed up or re-enrolled for healthcare via the exchanges. But that number was accompanied by a number of caveats. “The Affordable Care Act is working,” President Obama stated in the video. “It’s working a little better than we anticipated. Certainly, I think, working a lot better than many of the critics talked about early on.”

The Washington Post reports Democrats are pushing for a second enrollment opportunity for the estimated six million uninsured individuals who are facing tax penalties. These penalties start at $95 or 1 percent of household income in 2014, and the minimum penalty in 2015 more than triples to $325, or 2 percent of income.

The number could also shrink if enrollees do not pay their premiums, which would result in them being dropped from coverage. According to the Washington Post, eight million people had enrolled via the exchanges when the law's first-ever enrollment period ended in April 2014, but by November only 6.7 million remained enrolled. This past history gives credence to the notion that this year’s figures will also fall.

The nonpartisan Congressional Budget Office estimates there will be 19 million fewer uninsured Americans this year than if the law had never passed. However, the CBO also projected 12 million people would be enrolled via the 2015 exchange coverage, a number that has not been reached.

The announcement also comes just weeks before the Supreme Court will hear the contentious King v. Burwell case, which has the potential to radically affect the standing of the ACA since it will ultimately decide whether or not federal subsidies may be used for individuals purchasing insurance through federally-run healthcare exchanges.

Oral arguments in King v. Burwell, the Supreme Court case challenging the premium subsidies, are scheduled for March 4, with a decision expected in late June. More than 8 in 10 people purchasing coverage through the exchanges received subsidies, worth on average three-fourths of monthly premiums.