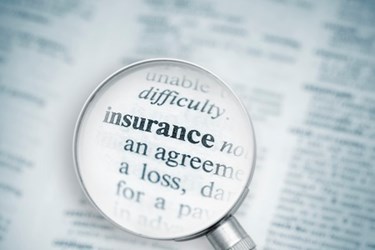 Providers and insurers are wrestling with narrow-network backlash.

An analysis from McKinsey & Company shows nearly half of all insurance plans sold on the public exchanges in 2014 were narrow network plans, defined as those that included less than 70 percent of area hospitals. As a result, narrow networks have become the reality of the new health insurance landscape.

Given that reality, insurers and providers have to improve how they provide consumers with accessible, easily understandable information about networks when they shop for coverage. As Modern Healthcare reports, that was the message conveyed by participants in a panel discussion about network adequacy held recently in Washington, and event sponsored by the Alliance for Health Reform.

Provider networks have been a controversial topic since the launch of exchanges last October. In many states, concerns about the exclusion of highly regarded hospitals have made front-page news, and the CMS has signaled that it plans to heighten scrutiny of provider networks going forward. A class-action lawsuit filed earlier this month in California against Anthem Blue Cross accuses the insurer of misleading millions of individuals about whether their doctors and hospitals were covered by exchange plans.

Paul Ginsburg, a healthcare finance expert at the University of Southern California, pointed out that narrow-network plans are not a new phenomenon and that they are a potentially important means of reducing overall healthcare costs. “There clearly is a need for regulation, but there is a very high cost if the regulation goes too far,” he is quoted as saying by Modern Healthcare. Ginsburg singled out “any willing provider” laws, which many states adopted in the mid-90s, when anger over narrow networks first became pitched, as a “particularly misguided” effort to curtail problems.

Insurers carefully assembled the networks capable of delivering high-quality care to consumers whose top concern is price, said Daniel Durham, executive vice president for policy and regulatory affairs at the trade group America's Health Insurance Plans. “If we just open up to everyone,” Durham said, “we're stuck back in this fee-for-volume-type system which we all agree we have to move away from.”

“People have to recognize it’s a trade-off, and I’m not sure they do yet,” said Matt Eyles, an insurance expert at the Avalere Health consulting firm. “Broader access comes at a cost, and what’s the right balance between access and cost is an age-old question in health care.”

Although the ACA provides general guidelines directing insurers to include enough doctors and hospitals to provide timely access to care, including specialty care, it does not elaborate, leaving it to states to fill in the blanks.

So far, just a handful of states have moved to ratchet up their standards. They’re mostly blue states that built their own Obamacare exchanges, including Connecticut, New York, Washington and California. But since the beginning of 2013, more than 70 bills have been introduced in 22 states to clarify the network rules, according to the National Conference of State Legislatures.

Katherine Arbuckle, Ascension Health's chief financial officer, said better consumer education about provider networks, particularly by insurers, is paramount. She pointed out that the not-for-profit hospital chain used 200 employees to help individuals navigate the exchanges and obtain coverage. “What we've learned is this counseling takes a lot of time,” Arbuckle said. “This is especially important with these folks who don't have experience with insurance and have cultural and language barriers as well.”