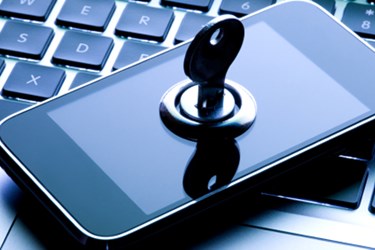 Doctors are adopting tablets and smartphones because of their mobility, but providers are finding it hard to regulate and secure these devices

As Health IT Outcomes previously reported, HIMSS recently released its 3rd Annual Mobile Analytics Survey. Security is now mainstream due to the threat of HIPAA violations and stolen patient information. In fact, the survey notes, “Use of security mechanisms to manage the privacy and security of data on mobile devices used to access clinical information is nearly universal (95 percent) among respondents.”

Most devices are secured in at least one of the following ways:

According to Information Week Healthcare, John McConnell, enterprise architect at Fletcher Allen Health Care, said the challenge for IT teams is balancing ease of access with increased security. "Quite frankly, I don't think we have a physician at Fletcher Allen who doesn't own an iPhone or an iPad," said McConnell.

For Fletcher Allen Health Care, entering different passwords across multiple applications is time consuming and can add an additional 20 minutes per day. That quickly adds up to one fewer surgery performed, said McConnell. It means a nurse spends less time with patients and the IT team realized reducing the complexity of passwords while maintaining security was key.

To reduce time spent logging into mobile devices, the staff at Fletcher Allen Health Care opted for a security system which required a four-digit pin and an employee’s badge. "It's been a huge time savings," said McConnell. "We can't keep up with demand."