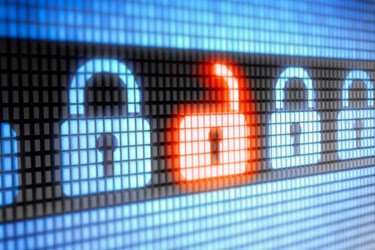 More than half of providers surveyed admitted they use mobile devices to discuss confidential information. It’s more critical than ever to provide secure avenues for communication and the same survey revealed 61 percent of providers “believe secure texting will improve security.”

A 1Call white paper further notes, “Currently, many healthcare providers still rely on paging systems to send messages to staff members. But pagers are a 1950s technology that is quickly being phased out and rendered obsolete by smart device technology. That’s why some hospitals have transitioned to SMS text messaging and email, which staff members access on their mobile devices.”

With providers asking for more secure texting, vendors are listening. And one vendor - TigerText - is putting its money where its mouth is. The secure messaging vendor announced “it will indemnify customers for up to $1 million against fines resulting from violations of HIPAA’s technical safeguards that may arise from sending and receiving confidential and protected health information (PHI) via the TigerText app.”

The 1Call white paper notes, “None of these communications methods is intrinsically secure. Pagers and mobile devices can be lost or left unattended, allowing unauthorized parties to access messages or emails. Even a doctor handing his phone to his son to play a game can potentially create a HIPAA violation if a patient-specific text is accessible on the device.”

HIPAA violations on mobile devices can cost providers, especially in a BYOD world. Eighty-nine percent of healthcare employees use their personal smartphones, yet 41 percent don’t password protect them.

Instances of violations of privacy regulations adding up are numerous: one San Juan firm was fined $6.8 million this year for mishandling patient records, and a HIPAA breach in Washington cost the county nearly a quarter of a million dollars. With penalties this steep, securing PHI is a top priority for providers like Gene Thomas, VP & CIO at Memorial Hospital, and a TigerText partner.

“Protecting patient information is a top priority at Memorial Hospital at Gulfport, and TigerText’s million dollar guarantee gives us enormous peace of mind as an organization,” said Thomas. “In addition to keeping PHI secure, TigerText helps us improve our care teams’ productivity so it’s truly a win-win.”

PandoDaily notes “TigerText has become a critical service for many medical professionals since the 2011 decision by the Joint Commission on Accreditation of Healthcare Organizations (JCAHO) to ban the use of traditional SMS for communication containing PHI.” It also points out the “potential liability is nothing short of staggering” as TigerText “has more than 10,000 businesses and 3 million individual users as customers.”