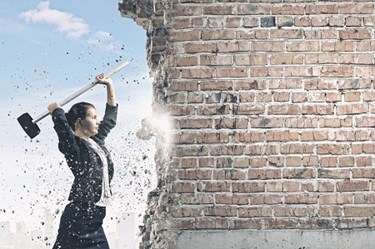 New set of initiatives will focus on applying artificial intelligence to healthcare.

Microsoft has launched four new health research initiatives designed to apply artificial intelligence (AI) to healthcare, according to an article on the Microsoft website. Among the projects is one utilizing machine learning and natural language processing to sift through massive amounts of data on cancer biology to make precision medicine more possible.

Another is a cloud-based tool that creates computerized models of biological processes associated with cancer progression, while a third has created algorithms to help scientists understand how cancer develops and select the best treatments to combat them. The final initiative is working on moonshot effects that could lead to the ability to program cells to fight diseases, including cancer.

The Microsoft article explains, “At Microsoft’s research labs around the world, computer scientists, programmers, engineers and other experts are trying  to crack some of the computer industry’s toughest problems, from system design and security to quantum computing and data visualization. A subset of those scientists, engineers and programmers have a different goal: They’re trying to use computer science to solve one of the most complex and deadly challenges humans face: Cancer.”

According to The Verge, Microsoft's Project Hanover aims to help doctors find the right drug regime, sifting through medical papers to suggest the most effective treatments. IBM currently has a similar project underway that utilizes 600,000 medical and 1.5 million patient records to explore better cancer treatments. Biologist Jasmin Fisher, who works in the programming principles and tools group in Microsoft’s Cambridge, U.K. lab, explained, “We are trying to change the way research is done on a daily basis in biology.”

And Jeannette M. Wing, Microsoft’s corporate vice president in charge of the company’s basic research labs, said the company’s overarching philosophy toward solving cancer focuses on two basic approaches. The first starts with the concept cancer and other biological processes are information processing systems and the tools used to model and reason about computational processes can then be applied to biological processes. The second approach is data-driven, based on the idea that researchers can apply machine learning to biological data to better understand and treat diseases like cancer. Both approaches reflect a synthesis of biologists and computer scientists to allow answers to come to fruition.

And with the wealth of data now available it makes sense to turn to AI and machine learning to help discern its meaning. “We’ve reached the point where we are drowning in information. We can measure so much, and because we can, we do,” Fisher said. “How do you take that information and turn that into knowledge? That’s a different story. There’s a huge leap here between information and data, and knowledge and understanding.”