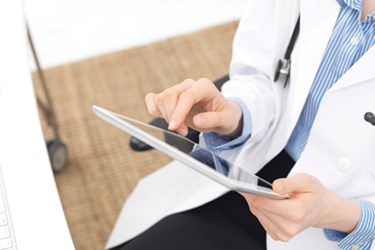 A survey of consumers and providers by Medscape and WebMD has found doctors and their patients don’t always agree what technology is best for their health.

They two groups did agree, however, that patients should be able to see their electronic health records (96 percent) and that if it was possible, smartphones should be used for routine blood tests (64 percent).

“The survey, which asked 1,102 consumers and 1,406 healthcare professionals (including 827 physicians) about their willingness to embrace digital technology, also uncovered hesitation among doctors to let their patients view their full medical records. In all, 91 percent of doctors surveyed said giving patients full access to their detailed electronic medical records could cause anxiety about results, while 84 percent felt it would lead to unnecessary requests for more medical tests,” explains mHealth News. “In contrast, 93 percent of consumers surveyed said this access would enable them to better manage their own health.”

“While data show clear differences between patients and doctors in certain areas, most noticeably around who owns medical records, the two groups are coming ever closer in their embrace of new technology in medical practice,” Eric Topol, Chief Academic Officer of Scripps Health and Editor-in-Chief of Medscape, said. “There is a growing understanding among physicians that patients have greater access to care and cost information and that is giving them greater voice in the decision-making process.”