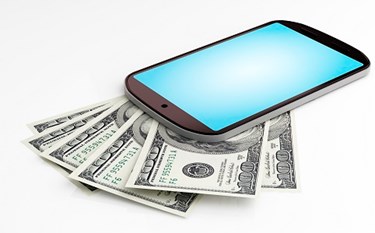 A report from Grand View Research, mHealth Market Analysis And Segment Forecasts To 2020, predicts the market for mobile monitoring services will spur the entire mHealth industry to $49 billion in the next six years. “Per capita healthcare expenditures have been increasing, which makes medical services unaffordable for a large percentage of the population. As a result, demand for mobile health is expected to increase considerably over the next six years,” said Grand View Research in a press release.

“In addition to smartphone proliferation, uptake of 3G and 4G networks is expected to increase demand for telemedicine services. Aging population and growing incidences of diseases linked to changing lifestyles have intensified the need for affordable and accessible healthcare.”

Fierce Mobile Healthcare reports the market hit revenue of $1.2 billion in 2012, and Grand View predicts a growth rate of 49.7 percent between 2014 and 2020. North America accounted for 33.5 percent of total revenue in 2012. The largest contributor to the market was chronic disease management and post acute care services accounted for 19.5 percent of the overall monitoring services revenue in 2012.

“Mobile operators accounted for 48 percent of the overall market in 2012, with majority of their revenue originating from monitoring services such as independent aging solutions. The market for healthcare providers is expected to grow slower than the global average, at an estimated CAGR of 45.1 percent from 2014 to 2020. Quelling credible concerns among users, along with availability of regulatory support is crucial for driving profitability of industry stakeholders,” says the report.