mHealth Apps Difficult To Use 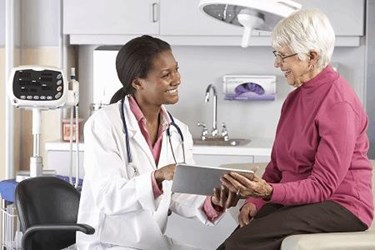 mHealth Apps are all the rage, but they aren’t all user friendly according to an UCSF study.

Two-thirds of major hospitals offer apps, and 84 percent of patients say they believe self-monitoring apps and devices can boost health management efforts — so what’s the catch? According to research from the University of California San Francisco, despite their popularity, many apps are difficult to use.

mHealth Intelligence reports researchers studied 26 patients, each using three or four apps focusing on their condition (from diabetes or depression). Some of the users were caregivers to elderly patients, and were asked to try caregiver apps.

These participants had difficulty entering information into the apps and only completed half the tasks during the course of the study. Only 43 percent reported being able to retrieve data from the apps.

“We’ve seen a recent glut of mobile apps meant to help people monitor their fitness levels and enhance their health,” said UCSF’s Urmimala Sarkar, MD, associate professor of medicine, who led the study at the Center for Vulnerable Populations at ZSFG in a press release. “But many of the patients we see at Zuckerberg San Francisco General — who have serious, and often multiple health problems — don’t appear to be able to use or access this technology. And they’re the ones who have the most to gain from these advances. We need to see more of a focus on designing technology for this population.”

“I consider myself a pretty tech-savvy guy,” said Gato Gourley, the study’s project coordinator. “But I had trouble using several of these apps as well — they just weren’t very intuitive.”

Researchers identified two barriers. First, the mHealth market has grown so large that downloads of mHealth apps topped 660 million in 2013 and some estimates say there are more than 165,000 individual mHealth apps available to consumers. This makes finding the right ones difficult. Second, the apps just aren’t designed to be user friendly, so no matter how much valuable information or clever tools they contain, they are of little help.

“We have such a great opportunity now for patients to use mobile technology to interact with their medical providers and to become more involved in their own care — which we know results in improved health outcomes,” Sarkar said. “Nowhere is this more important than for vulnerable populations who often suffer disproportionately from a multitude of chronic, serious conditions. If we can give them the tools to manage their health between medical visits, the benefits could be tremendous.”