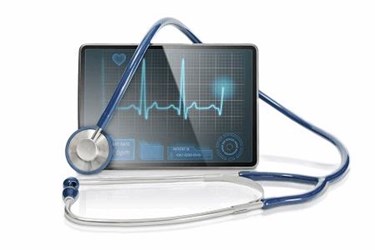 A study has found, while privacy is not a priority for all app creators, the number of mHealth apps with privacy policies has increased 8 percent in four years.

A recent report from the Future of Privacy Forum finds while health and fitness apps are still lacking in privacy protection and lag behind the apps of other industries, they are slowly but surely improving.

“Given that some health and fitness apps can access sensitive, physiological data collected by sensors on a mobile phone, wearable or other device, their below-average performance is both unexpected and troubling,” the report states.

mHealth Intelligence explains in 2012 only 68 percent of apps had a privacy policy — now 76 percent do. In addition, 71 percent of the most popular mHealth apps have a link to that policy on the app platform listing page. This allows users to double check the privacy policy before downloading the app.

“If a user must search out a developer’s website on their own, or download (and perhaps purchase) an app before discovering how and where her intimate information will be collected, used, shared and protected, it will be much more difficult for her to make an informed decision about her privacy and app use,” the study notes.

Of all the apps studied, sleep-aid apps were the worst with only 66 percent of them offering a privacy policy and just over half including a link to the policy on the app store listing page.

“While most apps do provide consumers with the most basic notices about how their personal data will be collected, used and shared, it’s also clear that a significant number do not,” the report concludes. “Although a privacy policy is only a starting point for protecting individuals’ privacy, it is an important baseline standard all around the world. Now more than ever, it is important for consumers to take a moment to look for — and look through — an app’s privacy policy before downloading it to their devices.”