Medical Residents On Board With Telemedicine 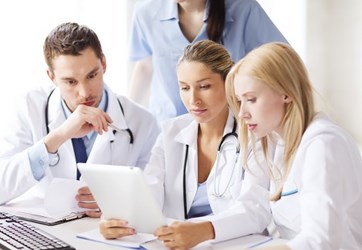 A study from Medscape found that 70 percent of medical residents claim they would have no problem meeting with patients through videoconferencing.

Seventy percent of medical students say they would have no problem consulting patients through telemedicine technology. A survey from Medscape found that, among medical residents, the majority of outlooks toward telehealth were positive. More than 1,700 residents in 24 specialties participated in the survey.

“In addition to their willingness to participate in virtual patient consultations, the report queried residents on their biggest challenges faced in residency; emotional aspects of resident life; their doubts about becoming a good doctor; whether their first post-resident salary would be a trigger to overspend after years of receiving, in most cases, very modest compensation; whether they saw themselves as future practice partners or owners or preferred working for someone else; and whether they paid enough attention to their health and wellness during residency,” explained a review of the report.

Fierce Health IT reports while some current physicians are cautious when it comes to telemedicine and other virtual technologies, medical students are more open to such new ideas. For example, residents were open to more forms of digital communication. Sixty percent were ok with contacting a patient via phone while 56 percent said they would be comfortable communicating with patients through email.

Perhaps this more open-minded approach to telemedicine will improve patient knowledge of the technology. Another recent report found that 41 percent of consumers had never heard of telemedicine.