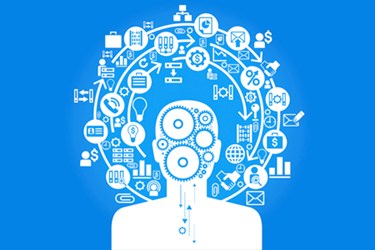 A model of care program for Illinois Medicaid patients in Chicago is getting positive marks.

Medical Home Network has released the findings of a review of its model of care program for Illinois Medicaid patients, which demonstrates an increase of as much as 130.4 percent in timely patient follow-up visits, a 25 percent decrease in 30-day hospital readmissions, and a decrease in the overall cost of care for each patient December of 2012, according to a press release. The program was implemented at Esperanza Health Center’s three primary care practices in December of 2012, based in Chicago’s Little Village neighborhood on the southwest side of the city.

Network executives credit a new care coordination platform called MHNConnect for the success of the program. MHNConnect is a web-based portal that provides PCPs with real-time alerts whenever patients utilize inpatient or emergency hospital services across the Medical Home Network community.

Medical Home Network notes on its website that “the healthcare system in Chicago is fragmented. Care is provided by disparate entities with little to no communication between them. Medical Home Network is facilitating an innovative partnership between providers to reduce this fragmentation and improve the health status of vulnerable populations in the region.”

The review found the number of Illinois Medicaid patients who visited their assigned primary care physician at MHN member Esperanza Health Centers within seven days after being discharged from the hospital or emergency department increased from a 25.3 percent pre-implementation baseline to as high as 58.3 percent in certain months, and Esperanza's first intervention year follow-up rate averaged 47.2 percent.

“We set an ambitious goal of reaching a 29 percent follow-up rate and in some months they have achieved more than 58.3 percent, more than double our goal,” Cheryl Lulias, president and executive director of Medical Home Network, said in the release. “These are incredible, ground-breaking results by the team at Esperanza. They adopted the new model of care and exhibited the flexibility to transform their practice, which is what produced those results.”

The monthly high of 58.3 percent represents a 130.4 percent increase over the pre-implementation baseline. In addition, hospital readmissions within 30 days of patient discharge decreased from 11.2 percent to 8.4 percent post-intervention, a 25 percent reduction in readmissions.

Carmen Vergara, the quality improvement nurse at Esperanza, believes that the secret to Esperanza's success has been “the connectivity of MHNConnect anchored by a trained workforce of care coordinators like [full-time care coordinator Asenet]Vallejo. The best example is Vallejo's vigilant work to contact patients by making repeated calls and sometimes even meeting them at the hospital, and then working with the Esperanza front desk professionals to find opportunities to schedule the patients.”

“Those are the biggest factors for moving the percentage rate up to as high as 58.3 percent,” said Vergara. “We all work together here to find options to get those patients in for their appointments, and that's what it takes – a total team effort.”

“From the patients perspective, getting a call from the physicians' office tells them that someone is on top of their care,” said Vallejo. “That's when they realize that their doctor knows they were in the hospital and is reaching out to help them. I think that makes all the difference in the world for them. They know someone cares.”