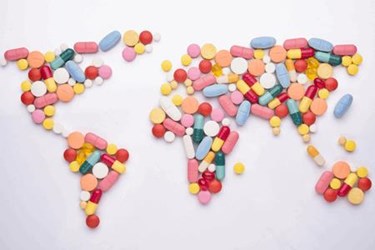 A sale or merger are possible options for the IT business.

McKesson is looking to divest its IT business — called Technology Solutions — in order to focus its efforts on its drug distribution business, according to The Wall Street Journal. Technology Solutions is a major player in the healthcare industry providing software, services, and consulting to providers and recording $2.9 billion in sales last year.

According to Radiology Business, the company provides health IT solutions to more than half of all U.S. health systems, and three-quarters of all health systems with more than 200 beds. Despite its estimated $5 billion price tag, this is small change compared to the $188 billion in sales McKesson saw from its drug-distribution sales last year.

The move should not be surprising, as McKesson has a history of narrowing its focus to improve profit margins. Wall Street Journal noted Chief Financial Officer James Beer said last year the company is “prepared to re-look at the portfolio on a continuing basis to figure out what fits and what doesn’t fit.” The company also announced layoffs of approximately 1,600 employees in March.

The company began a strategic review in January and determined “reductions to our workforce would be necessary to align our cost structure with our business needs,” according to an e-mailed statement. “The transition that the company is going through operationally is a bit painful, but necessary to maintain the company’s leadership position in the global wholesaling market,” said David Francis, an analyst with RBC Capital Markets.

Earlier this year, McKesson sold its small physician practice electronic health records and practice management product lines to e-MDs. The McKesson products for small practices were used by some 35,000 physicians. According to Scott Sanner, senior vice president and general manager at McKesson’s business performance unit at the time, the sale to e-MDs was not a reflection of any shifts in McKesson’s overall health information technology strategy, Health Data Management reported.

Sources familiar with the matter told the Wall Street Journal the company is facing increasing pricing pressures in its core drug distribution business and is looking for ways to ease those pressures. Company representatives have refused to comment on the potential sale, stating that they do not comment on “rumors and speculation.”